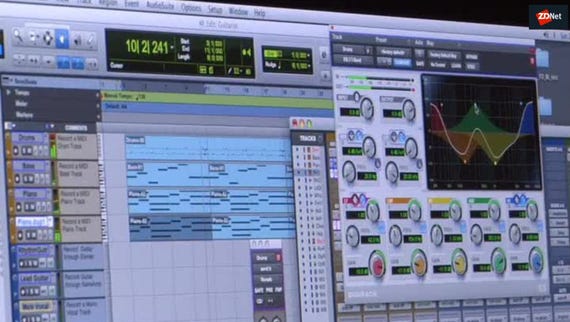 Spotting whether an image, an audio file, or a video has been manipulated should be easy with current technology. But identifying forgeries is still tricky, according to a recent study.

One solution to the problem is watermarking, or digital marking, which consists of inserting a pattern of bits, imperceptible to a human, into a file to authenticate it.

Applications for this technology also lie in copyright and royalty accounting, and tracking piracy, as well as help identify the ownership of content that appears on social networks.

Mehdi Fallahpour and David Megías, who has been involved in watermarking for more than 15 years, have been working on developing a robust method to identify content that has been manipulated by a third party.

"As video content grew, we went deeper into watermarking for video, using the H.264 codec, a popular video-compression standard. With our method, we can see what frames have been altered and, within them, what pixels have been changed," says Megías.

He argues that what this technology brings is reversibility. Reversible watermarking is a method of hiding the watermark in digital media in such a way that its effect is as imperceptible as possible but which also allows digital media to be restored to its original form, down to the individual bit, once the watermark has been extracted.

"Once it's been verified that a video has not been manipulated, we can reverse the changes made to insert the mark in the first place. So we'll get exactly the same video that would result from an H.264 compression without watermarking," he says.

Megías and Fallahpour are working on the watermarking system's patented prototype, which can operate in real time and extract the sound mark recorded using mobile phone microphones, without the need for an internet connection.

"The application has been designed to work in real time and does not need an internet connection to decode messages," he says.

In digital marketing, an advertiser could use the watermark to see if consumers have, say, played a podcast, and reward those who have with coupons.

Spanish digital-rights lawyer Yolanda Peña says watermarking is useful in detecting the fraudulent use of digital content, something which can be hard to assess visually.

Although it may also help copyright owners take legal action for compensation, she doubts that it acts as much of a deterrent.

Bing and Google will make 'pirate' links harder to find in a new UK agreement.

Piracy 'significantly' declining due to availability of streaming services

As predicted by industry, the rates of piracy are dropping significantly now that streaming services such as Netflix are available in Australia.

While ISPs and music studios agreed that DNS blocking is the best way to go, they are still duking it out over who should bear the costs of blocking access to foreign piracy websites.

Join Discussion for: How these hidden video watermarks can help...