HPE and NASA to launch second Spaceborne Computer into orbit

On February 20, the Spaceborne Computer-2 will be sent into space as part of NASA’s ongoing mission for supporting extended human travel 'to the moon, Mars, and beyond'.
Written by Asha Barbaschow, Contributor on Feb. 11, 2021 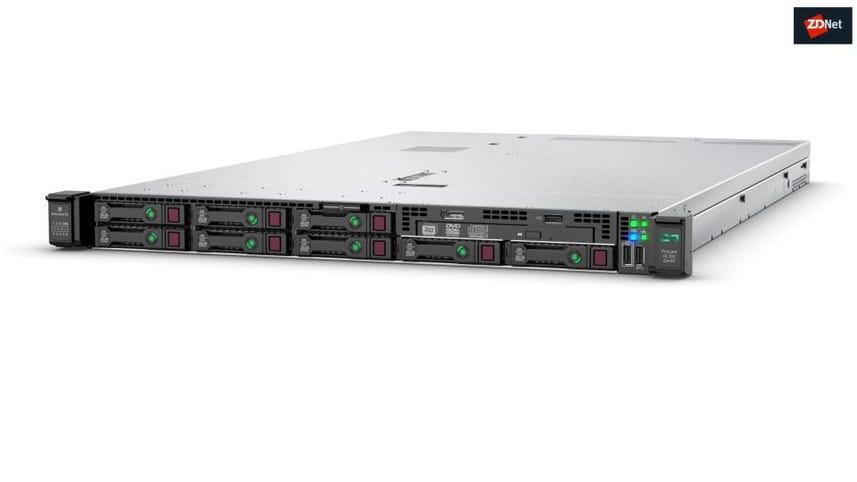 Hewlett Packard Enterprise is teaming up with NASA to launch its Spaceborne Computer-2 into orbit on February 20, touting the move as accelerating space exploration and enabling real-time data processing, with the ultimate aim of building computing resources that can serve on board a mission to Mars.

Spaceborne Computer-2 will be installed on the International Space Station (ISS) for the next two to three years. It's hoped the edge computing system will enable astronauts to eliminate latency associated with sending data to and from Earth to tackle research and gain insights immediately for projects such as real-time analysis of satellite images with artificial intelligence.

HPE expects the kit to be used for experiments such as processing medical imaging and DNA sequencing to unlocking key insights from volumes of remote sensors and satellites.

The first Spaceborne Computer was sent into space in August 2017. After 615 days on the ISS, it returned to Earth.

The computer touched down onboard the same SpaceX Dragon capsule -- developed by Elon Musk's SpaceX -- that brought it to the ISS, with HPE touting this at the time as a "far cry from initial predictions that it would fail within a week and be returned with the trash".

"It worked for 1.8 years, far exceeding our one year mission … during that time we did 1.1 teraflops of double precision, real compute," HPE converged edge systems solution architect Dr Mark Fernandez said during a press briefing ahead of launch. "And we were quickly asked if we were interested in doing Spaceborne Computer-2."

"Bring to us, Mr Scientist, the software that's running on Linux on Earth that you're going to run that data through when it finally gets to you and lets prove that you can do that on board and shorten that time to insight," he said.

NASA approached HPE with help in supporting space exploration with modelling and simulation, such as weather models and shuttle launches. Fernandez detailed preparations for the first computer that was meant to just test the possibility of computers in space.

"They stated that when we got to the moon and when we get to Mars, the communication delays of a limited bandwidth would prevent them from doing their mission and that was very well presented in a movie called The Martian," he said.

"We excitedly said yes … but once we got digging into the project, we broke it down into three main objectives: Could we package state of the art, commercial off the shelf, right off the factory floor servers that are used every day by our customers … could we package that up into a rocket, and, if so, would it survive the shake, rattle, and roll of a launch?"

Also in mind for HPE when the IT equipment was delivered to the ISS was whether non-IT trained astronauts could install it and connect it up to the power, the cooling, and the network. Providing all that went well, the next issue was ensuring the kit would actually work in space.

"We're exploring reliable edge computing and space is the edge of the edge," he said.

He said a lot of focus was placed on making those computers self-sufficient. But it was also important that the data collected was getting sent off for insights.

"The purpose of exploration is insight, not data collection," he said.

Critically important, Fernandez said, is being able to reserve "precious bandwidth" for critical or emergency use.

The proof-of-concept addressed the need for more reliable computing capabilities on the ISS, or low Earth orbit (LEO), that were previously impossible to achieve due to the ISS's harsh environment of zero gravity and high levels of radiation that can damage IT equipment required to host computing technologies.

Spaceborne 2 will see HPE ship twice the compute power, which takes up twice the precious space on both the rocket and the ISS, and NASA has doubled the mission to two to three years.

"That time line matches up with the real first Mars mission," he added.

HPE is delivering the same edge computing technologies targeted for harsh, remote environments on Earth such as oil and gas refineries, manufacturing plants, or on defence missions.

Spaceborne Computer-2 is scheduled to launch into orbit on the 15th Northrop Grumman Resupply Mission to Space Station (NG-15). The NG-15 spacecraft has been named "SS. Katherine Johnson" in honour of Katherine Johnson, a famed Black, female NASA mathematician who was critical to the early success of the space program.

NASA says space junk is one of the great challenges of our time. Here's why

NASA says space junk is one of the great challenges of our time. Here's why