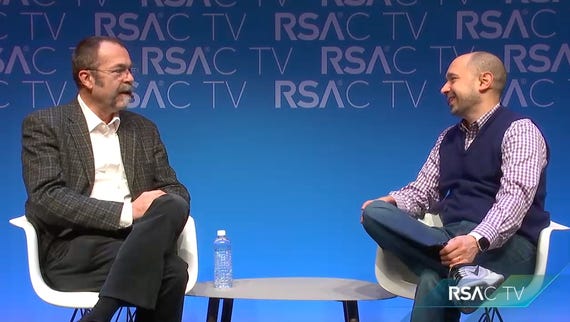 On Monday, the enterprise firm said the new offering is a security framework for analytics-based attack detection and response.

As part of the Aruba IntroSpect product family, 360 Secure Fabric uses User and Entity Behavioral Analytics (UEBA) to focus on how enterprise players can reduce the risk of insider-driven issues and lapses in security.

According to Bitglass, one in three companies admitted to experiencing a data breach caused by an insider between 2015 and 2016, and 74 percent out of 500 companies feel vulnerable to insider threats.

"To help organizations address new and unknown threats, the Aruba 360 Secure Fabric offers security and IT teams an integrated way to quickly detect and respond to advanced cyberattacks from pre-authorization to post- authorization across multi-vendor infrastructures, supporting enterprises of all sizes," the company says.

Aruba 360 Secure Fabric includes a suite of network tools and attack detection software, including a set which use machine learning to detect suspicious behaviors or changes in user and device behavior, whether they be cloud applications or Internet of Things (IoT) devices.

An interesting facet of this set is the addition of a "risk score" which Aruba says can speed up investigations and triage for incident response teams.

Aruba appears to hope that by including IntroSpect Standard as a way for companies to dip their toe into machine learning algorithms and models as a way to protect against cyberattacks, the enterprise would be willing to consider IntroSpect Advanced.

Aruba says that IntroSpect Advanced provides boosted capabilities with over 100 supervised and unsupervised machine learning models for analytics and cybersecurity forensics, as well as customisable device grouping, a step up from the basic software.

Back in November, Aruba launched a virtual network platform for mobile and IoT connections, with a focus on the deployment of sensors and end points.

"In addition to providing visibility to every device on our network, Aruba ClearPass gives us the power to authenticate devices and enforce policies across our wired and wireless infrastructure," said Faramarz Mahdavi, Senior Group Director of IT Operations at Cadence Design Systems. "By adding Aruba IntroSpect UEBA analytics and threat detection capabilities, we will be able to better protect our source code by automating anomaly detection and prioritizing security incidents for faster resolution."

The Aruba IntroSpect Standard and Advanced editions are available now in the US with global availability expected to land in 2018.