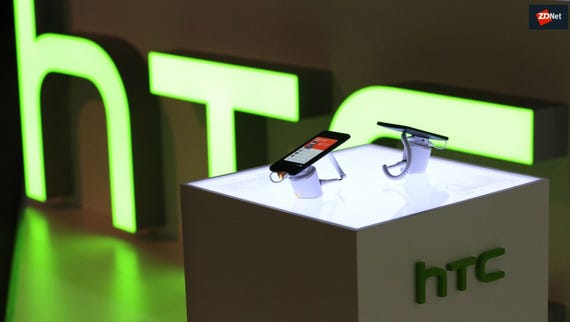 The HTC U12 Plus, see our full review, was released a couple of months ago and my critical review turns out to have been one of the least critical online as the device received ratings from as low as 4/10 up to my 7.4/10.

After reviews hit the street lamenting the use of haptic buttons, HTC stated it would release a software update in an attempt to address concerns. That software update finally appeared in the US yesterday afternoon and I've been testing it hard since then. Did this update resolve the problems?

The software update notice informed U12 Plus owners that the following were included in the 437 MB download:

There is a lot to unpack and test in the second item listed above. It will take another week or so of regular use to validate battery life and system performance improvements so stay tuned for some thoughts on these aspects. The pressure-sensitive buttons were clearly the Achilles heel of the U12 Plus that were universally despised by reviewers and this is one aspect I have been able to test over the last 12 hours.

Here are some lines from my review experience with the U12 Plus before the update, along with current thoughts after the update.

As you can see, first impressions indicate nearly every one of my issues with the haptic volume and power buttons has been resolved with this update. Time will tell and I plan to leave my primary SIM in the HTC U12 Plus for at least the next week as I test things out.

The Edge Sense 2.0 functionality is great within apps and now that the buttons don't make me want to throw the phone against the wall, I will spend more time optimizing this feature for various apps. I already use it to switch to reader mode in the Samsung web browser and think there are many more ways to improve my efficiency.

Alex Dobie, Android Central executive editor, was one of the most critical of the HTC U12 Plus with a 2/5 star rating. Make sure to check out his updated video review (love the short HTC device history at the beginning) of the U12 Plus with the new software update. He has had the update in the UK for a week so has spent more time with it than I have at this point.

In my full review I listed three cons; below average battery life, annoying haptic side buttons, and high price. Two of these may have actually been resolved with this software update. Given that HTC released a device with some major flaws, it would be great to see something like a $50 price drop to encourage people to give it another try, especially given we have new Samsung Galaxy Note and Google Pixel 3 devices launching in the next month or so.

Join Discussion for: HTC issues U12 Plus update to address haptic...