Huawei's revenue last year is estimated to have risen 8 percent to 238 billion yuan to 240 billion yuan (US$39.73 billion), just short of its 10 percent annual growth target. 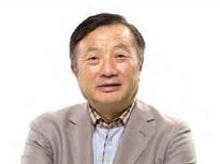 Operating profit for 2013 is expected to be higher by about 43 percent, coming in between 28.6 billion yuan and 29.4 billion yuan, according to unaudited results in its press release on Wednesday. Last April, Huawei announced a goal of 10 percent annual sales growth for the next five years on the back of an optimistic outlook over smartphones, big data and cloud computing.

The Chinese telecoms gear maker attributed last year's growth to improved efficiencies and reductions in internal management and operating costs. This included a number of restructuring processes such as a reorganization of its corporate management, and new training programs to motivate its staff, it said.

Huawei added it had also cut costs by moving its operating model from function-centric to project-centric.

The Chinese telecoms gear maker has also been benefiting from China's 4G LTE rollout, with regulators finally granting licenses in December to carriers. The largest telco China Mobile is expected to spend as much as 82 billion yuan (US$13.41 billion) in its network upgrade by end-2014.

Last week at International CES, Huawei announced a ramped up sales target for the consumer space with a goal to sell 80 million smartphones on the back of growing 4G adoption. It also unveiled cross-platform game console called TRON , that will support game titles from PC, PS3, and NDS, and 4K videos.