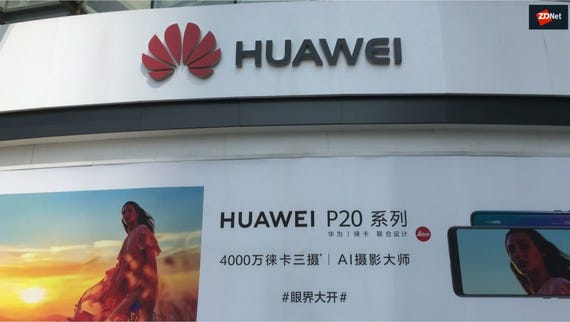 Huawei has been caught tweaking several of its high-end phones, including the P20 and P20 Pro, to outdo rivals in benchmark tests.

UL, the company behind widely-used benchmarking tool 3DMark, has delisted several Huawei phones with "suspect benchmark scores". Among them are Huawei's P20 Pro, Nova 3, and its Honor Play.

The delistings follow a report by AnandTech, which discovered the devices Huawei submitted to reviewers for benchmarking had a hidden 'benchmark detection mechanism' that sets a higher than usual power limit for the chip being tested, so that the device performs much faster on designated apps than on normal apps.

Huawei justified the technique on the grounds that rivals were doing the same thing and it had no option but to respond.

And in a statement to Android Authority, the world's second-largest smartphone maker downplayed the relevance of benchmarking scores in the first place, since "there isn't a direct connection between smartphone benchmarks and user experiences".

That's true. Most consumers pay little attention to benchmarks. However, Huawei, for whatever reason, felt it justified taking the low road with its rivals.

Huawei explained that when its software detects a benchmarking app, it goes into Performance Mode. The company is planning to give users access to this app too, which at present is hidden.

UL's decision to delist the four Huawei phones means the devices have been stripped of their performance rating and placed at the bottom of its current 'best smartphones' listing.

Getting caught doesn't look good for Huawei, but it also impacts testers who have been duped by the vendor, potentially undermining consumer confidence in both parties.

The testing company found that Huawei's devices received scores up to 47 percent higher on the public app than the private one.

Cheating benchmarks isn't new behavior. Samsung was caught doing it in 2013 to make its Galaxy S4 and Note 3 artificially shine under testing conditions.

More recently OnePlus was discovered to have added code to its OnePlus 5 to temporarily run faster when it detected several benchmarks.

It's not just Samsung, AnandTech has found that almost all Android vendors are playing fast and loose with benchmarks.

Honor is Huawei's brand for younger people and with the rise of high end gaming on smartphones, the new Honor Play is targeted to offer an enhanced gaming and entertainment experience.

Join Discussion for: Huawei busted for cheating over P20, Honor...