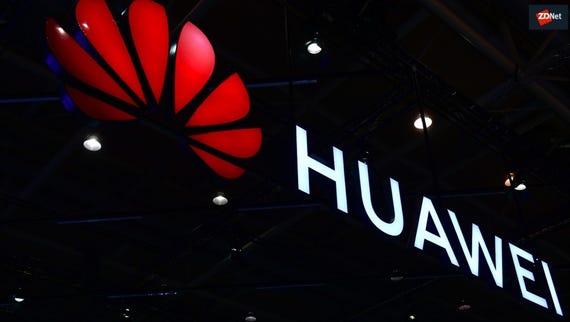 The trial, which will make use of the 28GHz millimetre-wave (mmWave) spectrum band, will take place at the end of June in M1's MiWorld building in Jurong. It constitutes the first live end-to-end 5G trial of Huawei's equipment in Singapore in that frequency band, the companies said.

"This live demo is a small but significant step in our journey towards next-generation 5G mobile networks," M1 CTO Denis Seek said. "With the advancement in 5G and media technologies, immersive communication experience will continue to be enhanced, and this will definitely have a profound impact on the way we work, learn, live, and play in future smart city."

M1 said the use of VR, along with augmented reality (AR) and mixed reality, will become use cases across smart classrooms, corporate communications, training, marketing campaigns, public events, and virtual tourism -- and will rely on a low-latency 5G network with theoretical throughput speeds of 20Gbps.

Huawei International CEO Lei Hui said the company would "continue to invest heavily in the research and development of 5G key technologies and products, cooperate with global industry partners, and promote the implementation of 5G commercial deployments and a healthy industry ecosystem worldwide".

Huawei and M1 are planning to conduct a non-standalone 5G field trial by the end of this year using the 3.5GHz band, and then a standalone 3GPP standards-compliant trial using both 28GHz and 3.5GHz bands in mid-2019.

The two had announced attaining speeds of 35Gbps during a trial of 5G network technology in January last year, at that time using mmWave spectrum in the 73GHz E-band.

M1 and Huawei have also been working together on improving 4G speeds for more than two years; at the start of 2016, they announced attaining 1Gbps download/130Mbps upload speeds across M1's 4G mobile network using a CAT14 Huawei device for the trial.

M1's partnership with Huawei on 5G comes despite the Chinese tech giant facing a possible ban on involvement in 5G networks globally.

Earlier this week, Huawei had published a letter it sent to Australian members of Parliament, claiming recent comments made about national security concerns were "ill-informed and not based on facts".

"Our telecommunications equipment connects millions of Australian businesses and consumers every day on the Vodafone, Optus, and TPG mobile networks," Huawei said.

"As focus turns to investment in the next generation of telecom technologies in Australia, cybersecurity is a key consideration for Australian policymakers ... with our 5G investments in the United Kingdom, Canada, and New Zealand, the respective governments have taken up our offers for evaluation of our technology to ensure it abides by its cybersecurity protocols.

"We have an open invitation for Australian officials and security agencies to meet with our world-leading research and development teams to better understand our technology."

"Given that it replicates a decision that was made under the Labor government, the answer was yes," Marles said.

His comments followed the Australian government's decision to use AU$200 million in foreign aid funding rather than an offer from Huawei to build a high-speed subsea cable between Australia, Papua New Guinea, and the Solomon Islands.

Earlier this month, Huawei had warned that being banned from providing 5G equipment to Australia's telcos would threaten the nation's ability to stay "ahead of the game" in its mobile networks due to restricting competition.

Huawei Australia chair John Lord denied any national security concerns based on Chinese involvement in the running of its telco equipment in Australia.

Alleged US government documents leaked in January said the Trump Administration is considering setting standards for a nationwide 5G mobile network to prevent Chinese dominance in the industry.

5G wireless networks: What you need to know

The next generation of mobile networks is coming sooner than you think. Here are the most important facts about the tech.

Michael M. Samuelian, President and CEO of New York's Governors Island, explains why 5G will be the catalyst for smart cities and digital transformation.

AT&T's 5G Evolution technology has theoretical peak speeds of up to 400 megabits per second on capable devices.

Over the edge: 5G and the internet of very different things

Where the relocation of application intelligence from a client-side device to a centralized cloud sounds so much like a good idea that telecommunications engineers begin to ponder: Is this something we could have been doing with every mobile or embedded device all along?

Join Discussion for: Huawei conducts 5G trials in Singapore with...