Huawei was the top 5G smartphone vendor in 2019

Samsung came in at a close second to its Chinese rival.
Written by Cho Mu-Hyun, Contributor on Jan. 28, 2020 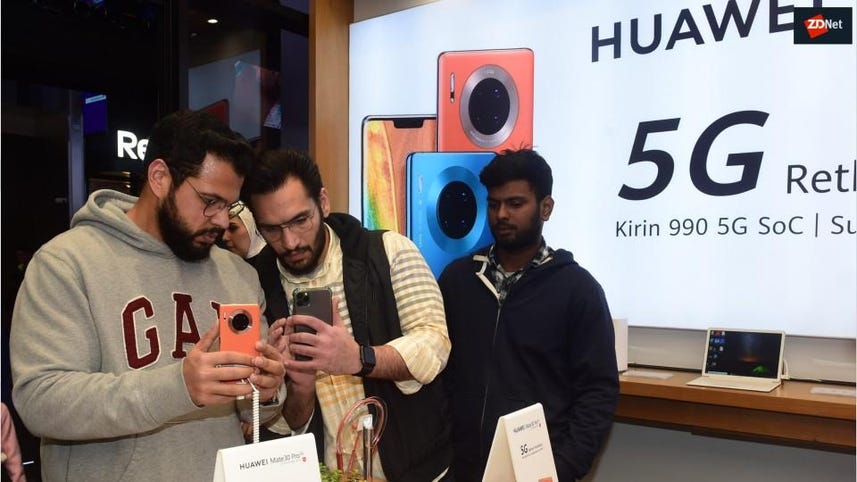 Huawei was the world's top 5G phone vendor last year, shipping almost 7 million devices with a market share of around 37%, according to research firm Strategy Analytics.

Samsung came in at a close second place, moving 6.7 million 5G-enabled phones with a market share of around 36%.

"Demand for 5G smartphones is higher than many expected," Ken Hyers, director at Strategy Analytics, said. "Fierce vendor competition in China and heavy carrier subsidies across South Korea have been the main drivers of 5G demand. Other regions, like the US and Europe, are lagging behind Asia, but we expect them to close the gap later this year."

Huawei's lead came as it sold the most devices in China. This is despite it being banned from selling smartphones in the US.

Compatriot Vivo was third place with around 11% market share, shipping 2 million 5G devices. This was followed by Xiaomi with a market share of around 6% with 1.2 million shipments, while LG came fifth with 5% market share by moving 900,000 units.

Despite moving the most 5G units, Huawei saw its overall shipment total in Europe fall in the fourth quarter due to effects arising from the US-China trade war, according to a separate report by research firm Kantar.

The combined market share of Huawei and Honor, its mid-tier brand, fell to 16% year on year in the fourth quarter, a drop of 4%. Its compatriot rival, meanwhile, Xiaomi saw a huge surge of 7% year on year to hit a share of 14%.

Meanwhile, Samsung's market share remained flat in Europe and saw only a small increase in the US. While Samsung's market share in the US only increased slightly, the South Korean tech giant saw its mix of models sold in the country change drastically over 2019, with its mid-tier Galaxy A series making up more than one-third of its sales. Galaxy Note sales remained relatively robust, but Galaxy S series devices started losing out to its cheaper A series cousin in 2019, Kantar global director Dominic Sunnebo said.

In Australia, iOS' smartphone market share grew 3% in the fourth quarter compared to the year prior, reaching a market share of around 44%.

Android devices, meanwhile, suffered a considerable decline in Australian market share, from 59% to 56%. Concerns around Huawei devices were the main cause for the decline with its market share in Australia halved from around 7% to 3.5%. Samsung, on the other hand, bucked this trend and grew 1% to secure 31%. However, like the trend in the US and Europe, the A series accounted for 50% of Samsung's smartphone sales for the fourth quarter, more than the combined 45% contribution of its S and Note series devices.

AI & Robotics
Are you ready for the worst Economy Class airline seats in the world?