I went to T-Mobile to ask about 5G. The response was painful

Just how excited should you be about the coming of 5G? As excited as T-Mobile, which just launched its 5G service? Perhaps not.
Written by Chris Matyszczyk, Contributing Writer on Dec. 8, 2019 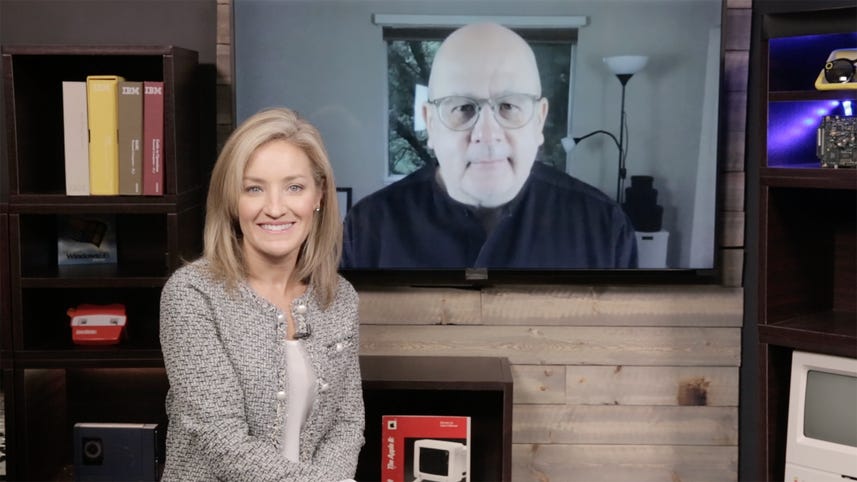 When someone keeps telling you how great they are, there's a temptation to check.

Last week, my Twitter feed was being peppered by T-Mobile ads crowing about the imminent arrival of 5G.

On Friday, you see, T-Mobile launched what it claims to be the first nationwide 5G network. It would, the company said breathlessly, cover 200 million people.

I wanted to be one of them.

I needed, therefore, to rush to a T-Mobile store to bathe in this fine new world.

I wasn't going to let the rain stop me. So, dripping from yet another Bay Area downpour, I wandered into a T-Mobile store that was emptier than a politician's tweet.

Oddly, there weren't 99 pink balloons hanging from the ceiling to celebrate 5G. There weren't even five.

I wandered up to the desk and asked a slightly bored-looking saleswoman: "T-Mobile has been pestering me on Twitter about 5G. Is it really that good?"

"Yeah, it's really good," she began, in a tone that suggested: "What time is lunch?"

She then added: "I'm not sure when it's happening." She turned to her co-worker who was deeply engaged in a staring contest with his phone.

"But T-Mobile's 5G is better than AT&T and the others, right?" I said, echoing the ads.

"Yeah, they have it in little towns, but we're nationwide," said the saleswoman.

She paused for a nanosecond before dampening my parade.

Her co-worker looked up again from his phone and added: "Probably next summer."

I looked suitably confused and said: "So why are they pestering me on Twitter?"

"They just want everyone to know," he replied.

I peered at them through the raindrops on my glasses and said: "But isn't it a bit annoying to be told there's this incredibly exciting 5G when you can't get it for at least another six months?"

They seemed neither to agree or disagree. They seemed like they were annoyed it was raining and that I was there, dripping.

Perhaps they were still in mourning after the announced departure of CEO -- and Ibiza club DJ from the 90s -- John Legere.

"They've already built the network," the salesman replied. "But it's politics. It's always politics."

That must be why Legere stayed at Trump Hotels a lot in the last year.

There was an awkward silence before the saleswoman mused: "But if you want to switch now...."

She didn't say it with much conviction. She didn't even begin a spiel about T-Mobile's OnePlus 7T Pro 5G McLaren and Samsung Galaxy Note10+ 5G, both of which she might have tempted me with in the circumstances.

It's not easy to have one's enthusiasm dampened. And, of course, I have sympathy with salespeople who can't sell a customer something their company is advertising with hairy insistence.

Worse, T-Mobile's 5G is low-band, which might increase speeds inside buildings but not by very much.

I tried a final question: "iPhones don't have 5G, right? So when can I get an iPhone that'll work with your 5G?"

"The next iPhone will probably have it," said the salesman.

I was living in a world of probablys. It would probably stop raining at some point.

Just as I was thanking the salespeople for their time, I noticed a large screen behind them on the wall.

I 3D printed a Tesla Cybertruck because...why not?

iPhone
Your iPhone's deleted voicemails aren't actually deleted. Here's why and how to delete them for good