T-Mobile: 'First US nationwide 5G network' is about to reach 200 million of you 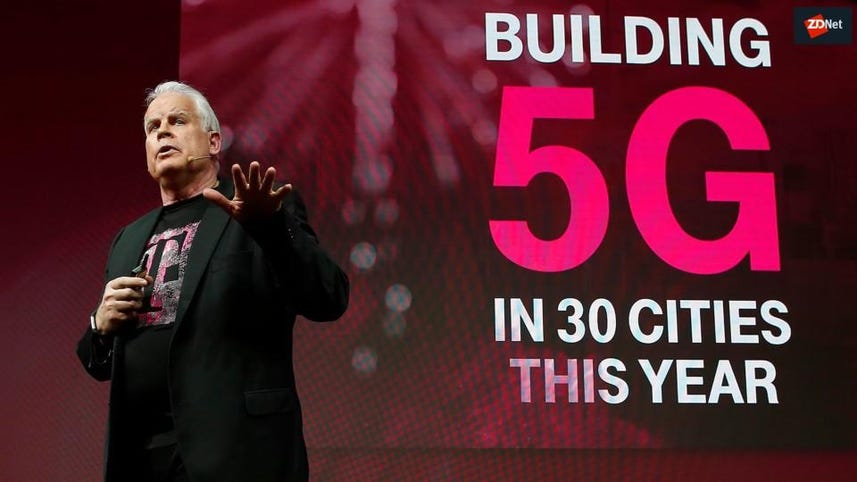 T-Mobile has announced the launch of "America's first nationwide 5G network", which it says will cover about two-thirds of the population.

While the telco is stretching the definition of nationwide, it boasts that its 600MHz 5G service does cover "more than 60% of the population across more than one million square miles", including underserved rural areas.

However, the new low-band spectrum 5G will not be as fast as the millimeter-wave technology used in the service T-Mobile unveiled in June in six US city centers.

T-Mobile has been touting its 600MHz 5G network as nationwide for the past year amid negotiations to merge with rival Sprint.

"T-Mobile's 5G network covers 200 million people and more than 5,000 towns. That's over 20,000% more towns than Verizon and AT&T, who won't even say how many people they currently cover … because the real number has got to be so embarrassing," T-Mobile said.

"Verizon 5G only works in 'parts' of outdoor areas of 18 cities and in a few stadiums, and AT&T 5G works for businesses in 21 cities and for consumers in parts of 5 cities later this year.

The bluster from T-Mobile's PR team echoes recent comments from outgoing CEO John Legere, who has slammed Verizon's millimeter-wave 5G strategy "as dead in the water" and accused AT&T of "lying" about coverage.

The colorful CEO referred to T-Mobile's two rivals as "Dumb and Dumber".

"5G is here on a nationwide scale. This is a huge step towards 5G for all," said Legere.

"While Dumb and Dumber focus on 5G for the wealthy few, launching in just a handful of cities – and forcing customers into their most expensive plans to get 5G – we're committed to building broad, deep nationwide 5G that people and businesses can access at no extra cost with the New T-Mobile. And today is just the start of that journey."

However, AT&T said it was the first to launch standards-based 5G a year ago.

"Based on T-Mobile's own admissions, its 5G service isn't any faster than our 5G Evolution service, which has been in the market since 2017 and today reaches 230 million people – 30 million more people than T-Mobile will reach with its new 5G service. an AT&T spokesman said.

Nevertheless, T-Mobile argues that it now leads the US with the biggest 5G network in the country, which will be even larger if and when the merger with Sprint closes. The merger reduces the number of major wireless carriers from four to three and has caused concerns over competition.

Accompanying the launch, T-Mobile is selling the OnePlus 7T Pro 5G McLaren and the Samsung Galaxy Note10+ 5G. The phones will work wherever its 600MHz 5G network covers and then on its LTE network in other areas. The devices will also be able to use Sprint's 2.5GHz 'mid-band' 5G spectrum post-merger.

ZDNet has contacted Verizon for comment and will update this article if it responds.