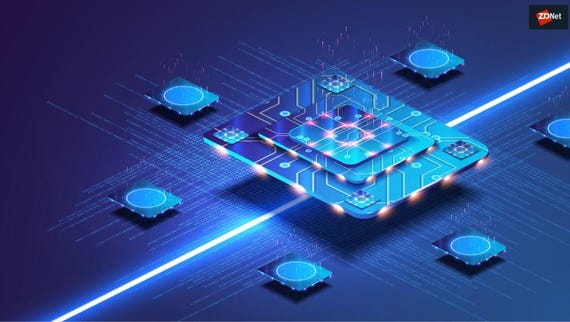 Big Blue and the University of Tokyo launched the Quantum Innovation Initiative Consortium (QIIC) on Thursday, in an effort to bring together industry, academics, and government to push forward quantum computing in Japan.

QIIC will be housed at the University of Tokyo and have access to the IBM Quantum Computation Center, which has 20 of Big Blue's "most advanced" quantum computers, according to IBM.

"I believe that Japan will play an important role in implementing quantum computing technology to society ahead of rest of the world, and that industry-academia-government collaboration is necessary for this," president of the University of Tokyo professor Makoto Gonokami said.

IBM and the University of Tokyo signed an agreement at the end of 2019 that would see a Q System One, owned and operated by IBM, installed in an IBM facility in Japan. At the time, it was said to be the third in the world after installations in the US and Germany. IBM said on Thursday the installation is planned for next year.

The project is set to run until the end of the 2024 financial year and will look to create a network of 100 quantum cryptographic devices and 10,000 users. Four areas of research have been identified: Quantum communication link technology; trusted node technology to ensure cryptographic keys are tamper resistant; quantum relay technology; and WAN construction and operation.

Toshiba said the project has a planned budget of 1.44 billion yen for its first year.

Elsewhere, the European arm of Japanese giant Fujitsu said it has signed up BBVA, Spain's second largest bank, for a proof of concept involving its digital annealer technology.

The annealer will be used to optimise asset portfolios and minimise risk.

"Finding the optimal selection from just 20 stocks generates the equivalent of over one quintillion (10 18) permutations," Fujitsu said. "Because of this complexity, portfolio optimisation has traditionally been a manual task, guided more frequently by guesswork than empirical data -- simply because the convoluted calculations far exceed the capabilities of regular computers."

"However, Fujitsu's digital annealer has been designed to process exactly this sort of complex combinatorial problem in just minutes."

The bank also intends to use the annealer to determine when is the best time to buy or sell assets, Fujitsu added.

"While true quantum computing as a technology is still in the laboratory testing phase, digital annealer represents a bridge to this future technology, thanks to its ability to evaluate multiple different combinations extremely rapidly," CTO for Fujitsu in Span Carlos Cordero said.

Beyond trying to define the stock market, the Japanese giant also said its annealer had previously been used to help optimise seams for welding robots in car making and find the best routes for delivery trucks. It has also been involved in helping pharmaceutical companies with discovering new substances.

University says the degree will build a quantum workforce for Australia.

Meanwhile, UNSW has spun out an Internet of Things-focused security startup called CyAmst.

Using quantum entanglement, a team of researchers has developed a new way to communicate via particles of light.

Honeywell said JP Morgan Chase and other customers are using its quantum computer in production, which it claims is the most powerful currently in use based on a benchmark established last year by IBM.

Join Discussion for: IBM and University of Tokyo team up for Quantum...