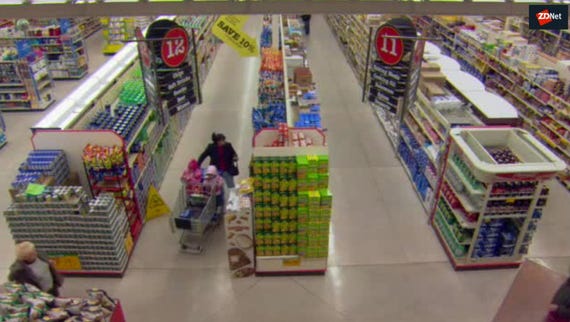 A group of companies across the global food supply chain will be adopting IBM's blockchain technology in a bid to prevent contaminated food from reaching consumers.

Blockchain is a type of distributed ledger technology (DLT) originally conceptualised to facilitate the trading of the bitcoin cryptocurrency. In a nutshell, blockchain allows for the tracking of digital assets so that a level of trust and consensus can be established, and previous transactions agreed upon.

According to the World Health Organization, one in 10 people fall ill -- and 400,000 die -- due to contaminated food. IBM said that many of the critical issues impacting food safety such as cross-contamination, the spread of food-borne illness, unnecessary waste, and the economic burden of recalls, are magnified by lack of access to information and traceability.

As a result, big blue said it can take weeks to identify the precise point of contamination, causing further illness, lost revenue, and wasted product.

"Blockchain is ideally suited to help address these challenges because it establishes a trusted environment for all transactions," IBM said in a statement. "In the case of the global food supply chain, all participants -- growers, suppliers, processors, distributors, retailers, regulators, and consumers -- can gain permissioned access to known and trusted information regarding the origin and state of food for their transactions."

IBM Blockchain, the tech giant's enterprise offering launched in March, will allow the consortium to trace contaminated product to its source in a short amount of time.

The trial saw the trio digitise the bank guarantee process used for commercial property leasing, using DLT to replace the paper-based process with a single source of information via an immutable record.

IBM and shipping giant Maersk also partnered recently to use blockchain technology to conduct, manage, and track transactions in the shipping supply chain.

The Blockchain in Trucking Alliance (BiTA), a consortium advocating for the adoption, education, and development of a standard framework around blockchain in the trucking industry, welcomed its newest member in Fleet Complete earlier this week.

Fleet Complete is a global telecommunications carrier partner that provides IoT solutions for fleet, asset, and mobile workforce management. The company has joined the BiTA as a service charter member, echoing the consortium's belief that blockchain is one of the biggest technological developments for the future of the freight transportation industry.

The consortium is working together to establish best practices and protocols around blockchain applications within the trucking sector, working also towards educating the market and encouraging the adoption of the technology.