Full Bio
Posted in Between the Lines on March 11, 2019 | Topic: Innovation 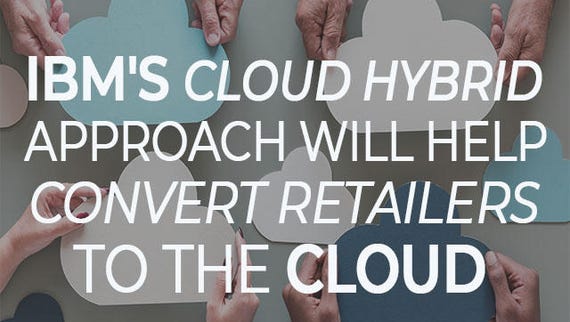 IBM has introduced machine learning (ML) to the diagnostics field in the hopes that one day these technologies may assist in the creation of stable and effective diagnostic tests for early-onset Alzheimer's.

On Monday, the tech giant said ML and artificial intelligence (AI) can be exploited to replace invasive and expensive tests for the disease.

A paper documenting the research, conducted by IBM's Australian team, has been published in Scientific Reports.

Alzheimer's is currently incurable and can only be treated by palliative means. Symptoms for the disease include the gradual degradation of memory, confusion, and difficulty in completing once-familiar daily tasks.

Diagnosing the disease early can help prepare the sufferer themselves as well as their family, and may also make patients eligible for medical trials -- hundreds of which have been conducted since the early 2000s.

However, today's methods for diagnosing the terminal disease early are not only expensive but extremely invasive. These include finding a particular biological marker found in spinal fluid, which may require a lumbar puncture and lead to pain and bleeding afterward.

Although there is no cure, developing ways to detect the disease in its earlier stages without the necessity of invasive tests could prove to be a catalyst for a new wave of clinical trials which do not rely on those involved in the later stages of the disease, in which brain tissue damage is already underway.

According to IBM, ML may help bridge the gap between early detection and clinical trials.

The use of such technology hinges upon developing a way to test amyloid-beta, a peptide found in spinal fluid which research has shown changes long before memory loss occurs in Alzheimer's sufferers.

TechRepublic: Why IT's image needs a makeover

IBM's research describes a way to harness machine learning to predict the concentration of amyloid-beta in spinal fluid based on algorithms which are able to identify sets of proteins in the blood.

The paper documents ML-based models which may one day be able to predict the risk of an individual developing full-blown Alzheimer's after showing mild signs of cognitive impairment through a simple blood test. The research team believes that the ML models may be able to predict risk factors in the future with an accuracy of up to 77 percent.

"While the test is still in the early phases of research, it could potentially help improve the selection of individuals for drug trials: individuals with mild cognitive impairment who were predicted to have an abnormal concentration of amyloid in their spinal fluid were found to be 2.5 times more likely to develop Alzheimer's disease," IBM says.

The models developed through this application of ML may one day offer the framework for new forms of Alzheimer's tests which replace lumbar punctures, speeding up the diagnosis process and heavily reducing the cost and invasiveness of current procedures.

The models are still in the early stages phase and there is a long way to go before machine learning is ready to enter the diagnosis field for cognitive diseases. However, the team at IBM says that the ML algorithms developed for the research could also be expanded to model and detect other spinal fluid-based biomarkers -- not only for Alzheimer's but other diseases, too.

Join Discussion for: IBM takes on Alzheimer’s disease with machine...