IBM said its latest Q System One has double the Quantum Volume of its predecessor. If Quantum Volume doubles annually for nearly a decade quantum computing will become way more practical.
Written by Larry Dignan, Contributing Editor on March 3, 2019 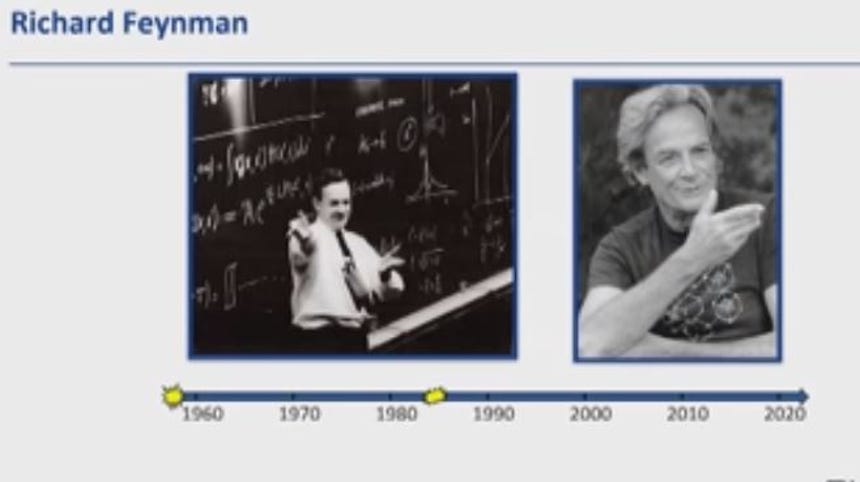 IBM is outlining another milestone in quantum computing -- its highest Quantum Volume to date -- and projects that practical uses or so called Quantum Advantage may be a decade away.

Big Blue, which will outline the scientific milestone at the American Physical Society March Meeting, made a bit of a splash at CES 2019 with a display of its Q System quantum computer and has been steadily showing progress on quantum computing.

In other words, that quantum computing buying guide for technology executives may take a while. Quantum Volume is a performance metric that indicates progress in the pursuit of Quantum Advantage. Quantum Advantage refers to the point where quantum applications deliver significant advantages to classical computers.

Quantum Volume is determined by the number of qubits, connectivity, and coherence time, plus accounting for gate and measurement errors, device cross talk, and circuit software compiler efficiency.

That progress is notable, but practical broad use cases are still years away. IBM said Quantum Volume would need to double every year to reach Quantum Advantage within the next decade. Faster progress on Quantum Advantage would speed up that timeline. IBM has doubled the power of its quantum computers annually since 2017.

Once Quantum Advantage is hit, there would be new applications, more of an ecosystem and real business use cases. Consumption of quantum computing would still likely be delivered via cloud computing since the technology has some unique characteristics that make a traditional data center look easy. IBM made its quantum computing technology available in 2016 via a cloud service and is working with partners to find business and science use cases.

Here's how quantum computing and classic computing differs via our recent primer on the subject.

Every classical electronic computer exploits the natural behavior of electrons to produce results in accordance with Boolean logic (for any two specific input states, one certain output state). Here, the basic unit of transaction is the binary digit ("bit"), whose state is either 0 or 1. In a conventional semiconductor, these two states are represented by low and high voltage levels within transistors.

In a quantum computer, the structure is radically different. Its basic unit of registering state is the qubit, which at one level also stores a 0 or 1 state (actually 0 and/or 1). Instead of transistors, a quantum computing obtains its qubits by bombarding atoms with electrical fields at perpendicular angles to one another, the result being to line up the ions but also keep them conveniently and equivalently separated. When these ions are separated by just enough space, their orbiting electrons become the home addresses, if you will, for qubits.