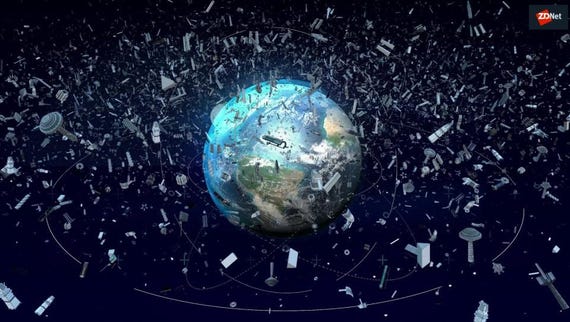 Space is already a pretty messy place, with tens of thousands of manmade objects, the majority of them unpowered, hurdling around the planet. As space exploration ramps up on the heels of privatization and aided by miniaturization, the debris field is only going to grow.

That's a pretty big problem. So-called man-made anthropogenic space objects (ASOs) travel at speeds up to 8,000 meters per second, meaning a collision involving even a tiny fragment and a satellite or crewed vehicle could be devastating.

All of this makes it extremely important for space agencies and private space companies to be able to anticipate the trajectories of manmade objects long before launch and to plan accordingly. Unfortunately, that's not very easy to do, and as the quantity of space junk increases, it's only going to get more difficult.

Enter the Space Situational Awareness (SSA) project, an open-source venture between IBM and Dr. Moriba Jah at the University of Texas at Austin to determine where ASOs are (orbit determination) and where they will be in the future (orbit prediction).

Some explanation is required here. Current methods for orbit prediction rely on physics-based models that in turn require extremely precise information about ASOs. The problem is that the location data available about ASOs comes from terrestrial-based sensors and tends to be imperfect. Factors like space weather further complicated the picture.

The idea behind SSA is that machine learning can create models that learn when physical models incorrectly predict an ASO's future location. Physics models, according to this strategy, are plenty good when it comes to orbital dynamics, but to maximize effectiveness they need to learn how and when they get it wrong and to account for that variability.

The data used for the project comes from United States Strategic Command (USSTRATCOM) via the space-track.org website. The team used the IBM Cloud Bare Metal Server with 16 Intel Xeon Processors, 120 GB RAM, and two Nvidia Tesla V100 GPUs (each with 16GB of RAM) to run the physical models to predict the orbits of all ASOs in low earth orbit and train ML models to learn the physics model error. As a result, the team was able to predict the future orbits of the ASOs.

The team is open sourcing a full pipeline for making orbital predictions and viewing the results. You can contribute to SSA now via GitHub.