Intel to work with IOC to bring VR, drones and more to the Olympics

By signing on as an Olympic Partner through 2024, Intel has a global platform to showcase the technology its new Sports Group has to offer.
Written by Stephanie Condon, Senior Writer on June 21, 2017 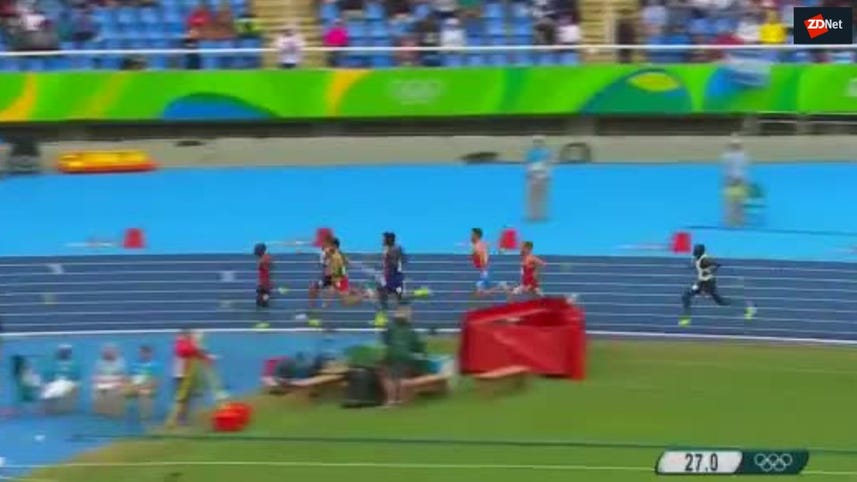 Intel is partnering with the International Olympic Committee (IOC) to bring its technology to the Olympic games.

The tech giant has signed up to join the "The Olympic Partner" (TOP) worldwide sponsorship program through 2024, giving it four Olympic Games to showcase technology such as its 5G platforms, virtual reality and its drone technology.

"Through this close collaboration with the Olympic family, we will accelerate the adoption of technology for the future of sports on the world's largest athletic stage," Intel CEO Brian Krzanich said in a statement.

Intel, along with several other companies, sees huge potential in using technology to enhance sports and other areas of human performance. The company recently formed its Sports Group, which has two core competencies: analyzing data on human performance and immersive video experiences for spectators. Last year, Intel participated in the X Games, outfitting BMX bikes with modules to track data on in-air rotations, jump height, jump distance, speed and force on landing. The data helped create an enriched viewing experience for fans.

As a TOP Partner, Intel will bring similar experiences to the Olympics. For instance, Intel's True VR will offer the first live virtual reality broadcast of the 2018 Olympic Winter Games in South Korea.

The longer-term partnership should also incorporate Intel 360 replay technology, which will allow fans to watch memorable Olympic moments from different angles at the Olympic venues. In the future, TV viewers at home should be able to watch the games from many different viewing points in the Olympic venues, such as a front-row seat.

Intel also plans to use the Games to showcase its 5G platforms. It's also providing technological and content support for Olympic Broadcasting Services' host broadcaster operations, as well as for the multi-platform Olympic Channel. Intel will also create a drone light show that it says will feature "never-before-seen images in the sky."