Intel is not having a good week. In fact, the chip giant appears to be surrounded by Arm, giant customers like AWS building processors, archenemy Qualcomm and supply chain issues.

Now the company has had rough weeks before and its quarters have been solid. Intel prints money, but it faces numerous threats ahead. The last 7 days have highlighted what equates to a nice synopsis of longer-term issues. The run of bad news reminded me of Alexander and the Terrible, Horrible, No Good, Very Bad Day except it played out over a week.

Nov. 29: Intel filed a brief supporting the Federal Trade Commission and opposing Qualcomm's appeal judgment. In May, the United States District Court, Northern District of California found that Qualcomm's licensing practices have hurt competition in the CDMA and LTE modem market. By itself, the editorial by Intel wouldn't be a big deal but served as a precursor for a Qualcomm assault on deck.

Shortages seem to be MUCH more concerning than previously thought. Conversations with several in the supply chain suggest shortages of CPUs and other components are causing both meaningful delays in server OEM shipments and part shortfalls on the CPU side in the millions of units. Obviously, Intel sent that letter to their customers recently, and now as more news is starting to spread regarding real world implications tied to Intel's announcement, it appears the shortage of Intel production is MUCH more severe than had been anticipated just a few weeks ago or when shortages first cropped up in October.

Dec. 2: Intel closed the sale of its smartphone modem business to Apple for $1 billion. The deal (some would argue retreat) means that Intel's 5G efforts will revolve around networks with an option to make non-smartphone modems. The upshot is that Apple wanted to make its own 5G chips and plans to go where Intel couldn't. Meanwhile, the $1 billion isn't much of a consolation prize given Intel invested a lot more time and money chasing 5G dreams.

Dec. 3: Amazon Web Services announced instances based on its Graviton2 processor. The implications of this move are huge because they bring Arm into the data center fold. Intel's data center business is the future. Now AWS and Intel will be partners for the foreseeable future, but the cloud giant has largely abstracted hardware and can now swap chip platforms easily. The deals were in a ZDNet exclusive, but the main takeaway is that AWS is comparing its own Graviton2 performance to Intel instances. 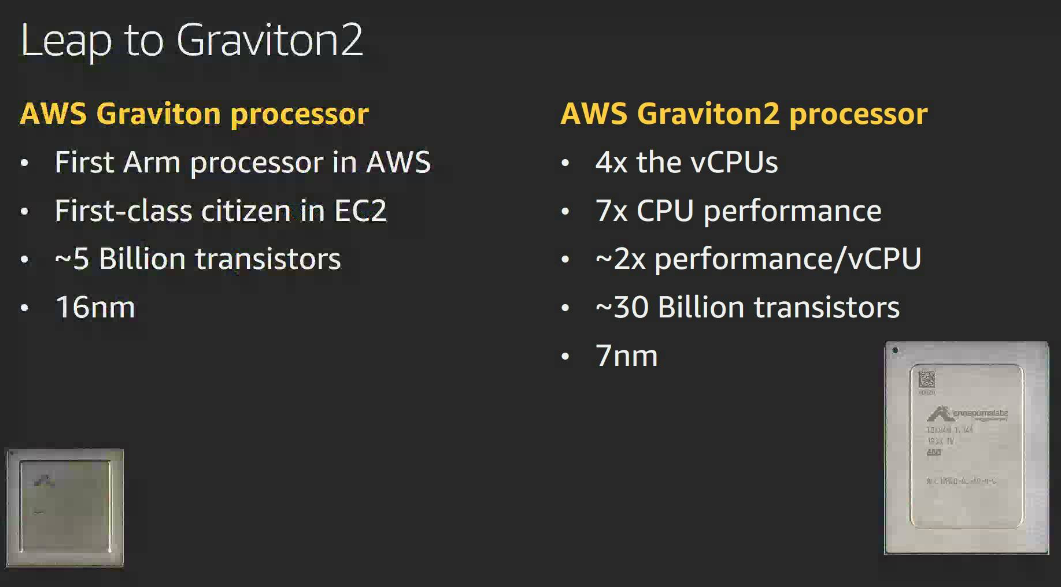 Dec. 4: Qualcomm outlined its new Snapdragon platforms for 5G and the processor systems are likely to scale 5G deployments globally. Yes, Qualcomm's 5G barrage comes as Intel exits the business, but Snapdragon is increasingly going into PCs and internet of things devices.