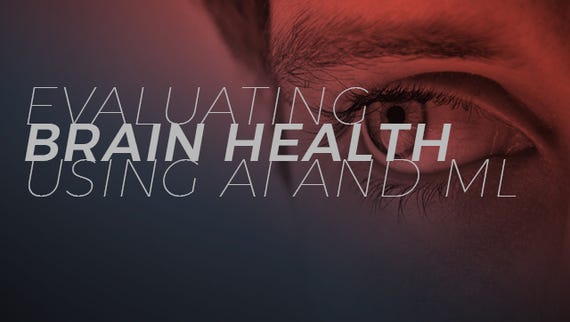 Compare an analog and a digital audio recording medium. VHS video tape - an analog medium - stores a continuous curve of modulated audio/visual information. In a digital CD continuous audio is sliced into 44,100 frames a second, and represented by discrete numbers.

On playback the sounds are presented as continuous, much as the individual still frames of a motion picture appear continuous when played back fast enough. Most people can't hear the difference between digital and analog recordings, me included, but those who say they do may spend thousands on turntables and tube amps to get the full analog experience.

From measurements, we know that neuron currents are continuous, not step functions. The important question is how is the information represented by these signals? Most psychological research assumes continuous or analog representation, but in the lengthy paper Is Information in the Brain Represented in Continuous or Discrete Form? James Tee and Desmond Taylor of the University of Canterbury make a strong theoretical and experimental case for digital data.

Does it matter how the brain represents information? It does.

Take probability estimation, for example, something we do every day. It is well known that humans are not very good at estimating probabilities, as we tend to overestimate small probabilities - a plane crash - and underestimate large probabilities - someone guessing our "12345" password - when making decisions.

If we assume that the brain represents subjective probabilities in a continuous (analog) form, we should be able, for example, to discriminate between a probability of 0.36 and 0.48. Instead, research has found that humans consistently round off decimals using a process that is best approximated by 4 bits of precision.

Such rounding errors also apply to intertemporal choice, the psych term for the financial concept of discounting. What is your preference between $50 today and $100 in n days? Experimental results found that 5 bits of precision best fit the results.

It may also be that the brain itself represents different data with different bit depths. We encode high quality color photos with 24 bits, or almost 17 million colors, while we encode music - except for audiophiles - in 16 bits, or 65,536 levels.

But human experiments are not the only reason to believe the brain is a digital device. Information theory also supports the hypothesis.

CNET: As AI and robots rise up, do humans need an upgrade too? | Helmets that measure your emotional state? China is on it | TechRepublic: Could MIT's AI headset transcribe your future strategy straight from your brain? | ZDNet: From digital to biological: Why the future of storage is all about DNA

Analog signals are sensitive to noise, and the brain is a noisy place, with sensory, cellular, and motor noise, among others. Just as a vinyl record or magnetic tape degrades over time, making it impossible to fully recover the original signal, analog signals in the brain would similarly degrade in their journey from, say, the retina to the visual cortex. But we see, ideally, in beautiful color and amazing acuity, despite the long journey of the data.

Accepting that the brain is a digital device will help neuroscientists and psychologists better understand how we think. For example, perhaps some perceptual issues, such as synesthesia - where people "see" sounds or "smell" colors - may be due in part to digital decoding mechanisms sending their results to the wrong sensory inputs. Also, people may differ in how many bits of representation they are capable of, and different cultures may suppress or enhance some representations over others.

Another, more chilling possibility is that, as we gather more and more data on each individual's online activities, today's psychographic profiles may become much more attuned to our individual neuroprocessing abilities and limitations. What if we could tailor information levels to overload certain populations so they tune out, or are unreasonably stimulated?

This already happens today. But if machine-tailored to each individual, the results could be much more nuanced and controlled. And it wouldn't stop with urging you to try a new mouthwash.

Join Discussion for: Is your brain an analog or digital device?...