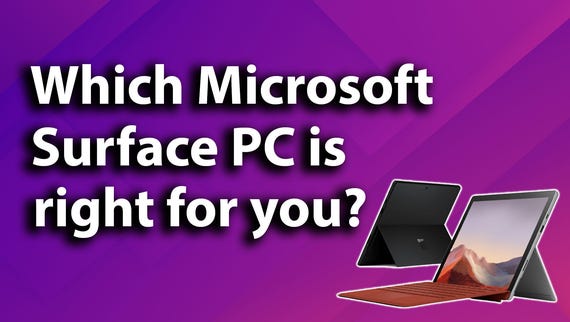 Which Microsoft Surface PC is right for you?
Watch Now

Microsoft has announced that its support for Microsoft 365 web apps like Outlook and Teams in Internet Explorer 11 is over, so don't contact the company if there are problems with apps running in that browser.

It should come as no surprise to regular ZDNet readers that Microsoft 365 support on IE 11 was ending on August 17 -- exactly one year after Microsoft announced it would end IE11 support for its key Office 365/Microsoft 365 apps.

While support from Microsoft has ended, apps will not immediately stop working. However, Microsoft 365 users can expect a deteriorating experience from here on if they try to keep using IE11 for web versions of apps like Teams and Outlook.

SEE: Windows 11 FAQ: Here's everything you need to know

IE11 is one of Microsoft's truly legacy browsers since it threw in the towel on Edge with its own browser engine and switched to Chromium-based Edge.

"Support is now unavailable for Microsoft 365 apps and services on IE11," Microsoft said in an update.

"Additionally, you should expect no new features when accessing Microsoft 365 apps and services on IE11 and that the daily usage experience for users could get progressively worse over time until the apps and services are disconnected."

Microsoft plans to employ banners to warn users when the IE11 experience will degrade -- when an app or service is disconnected or redirected, for example.

Microsoft has admitted that severing IE11 from Microsoft 365 will be painful for some customers, but argues that things will be better with Chromium-based Microsoft Edge.

"While we know this change will be difficult for some customers, we believe that customers will get the most out of Microsoft 365 when using the new Microsoft Edge," it said in February.

"We believe that Microsoft 365 subscribers, in both consumer and commercial contexts, will be well served with this change through faster and more responsive web access to greater sets of features in everyday toolsets like Outlook, Teams, SharePoint, and more," it added.

Edge does have an IE11 compatibility feature, but it could be tricky for admins to maintain.

Microsoft will still maintain IE11 for customers with legacy business applications that rely on that browser. However, come June 15 2022, it will drop IE on many versions of Windows 10.