Jack Ma steps down on 20th birthday of Alibaba

A succession plan that has been a year in the making, the billionaire co-founder of China's ecommerce giant Alibaba has officially handed his company over.
Written by Asha Barbaschow, Journalist on Sept. 10, 2019 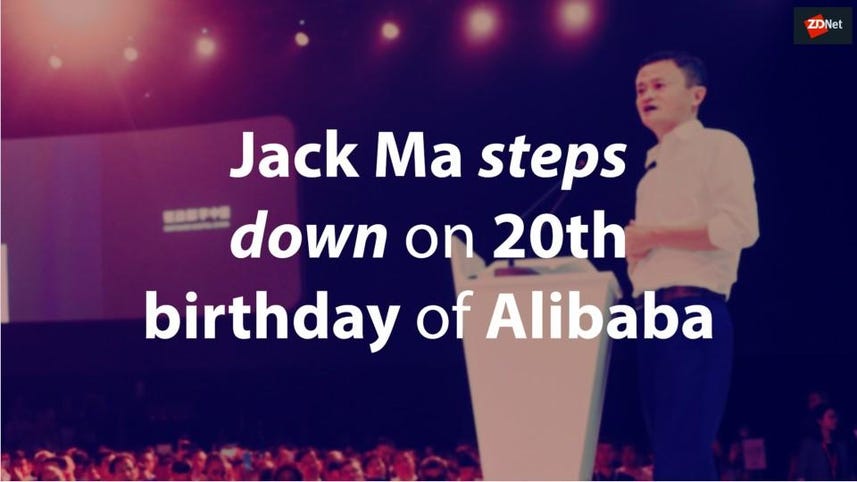 Jack Ma has stepped down from the position of chairman at the company he co-founded exactly 20 years ago.

Ma announced his retirement plans last year, saying at the time he wanted to spend more time focusing on education.

Ma bid farewell to Alibaba, sporting a rock star wig and guitar at an employee event Tuesday, according to Reuters.

"After tonight I will start a new life," Ma reportedly said at Tuesday's event. "I do believe the world is good, there are so many opportunities, and I love excitement so much, which is why I will retire early."

His retirement was not the end of an era, the former English teacher said when he announced he was stepping down, but "the beginning of an era," adding also at the time, "I love education".

CEO Daniel Zhang succeeds Ma as chairman of the board, effective September 10, 2019.

Ma stayed on for a year to "ensure a smooth transition of the chairmanship".

Zhang's appointment and Ma's exit fall on the same day as the company's 20-year anniversary.

"I have put a lot of thought and preparation into this succession plan for ten years," Ma wrote in a letter to shareholders and customers in September.

"When Alibaba was founded in 1999, our goal was to build a company that could make China and the world proud and one that could cross three centuries to last 102 years. However, we all knew that no one could stay with the company for 102 years. A sustainable Alibaba would have to be built on sound governance, culture-centric philosophy, and consistency in developing talent. No company can rely solely on its founders."

Ma had previously scaled down his role in Alibaba by stepping down as CEO in 2013, staying with the conglomerate in the capacity of executive chairman to develop strategies and talent, as well as work on its "social responsibilities" efforts.

Ma, China's richest man, founded Alibaba in 1999 out of his apartment in Hangzhou. It has since become one of the biggest retailers in the world.

"The one thing I can promise everyone is this: Alibaba was never about Jack Ma, but Jack Ma will forever belong to Alibaba," Ma said, signing off his letter.

The company went public on the New York Stock Exchange in 2014 and is the world's biggest ecommerce company by total value of the merchandise sold across its platforms, which include TMall and Taobao, China's largest online marketplace.

Alongside home-grown internet giants Baidu and Tencent, the company has transformed the Chinese retail landscape in the past decade.

Alibaba retirement plan a decade in the making: Jack Ma

The boss of Chinese largest e-commerce operator announced earlier this month that he will step down in 2019.

Business as usual for Alibaba despite US-China trade war

The company remains focused on security compliance and growth.

Alibaba Cloud turned in another strong quarter as the e-commerce giant showed no slowdown.

The technology enabling Alibaba to sell $30.8 billion in Double 11 goods