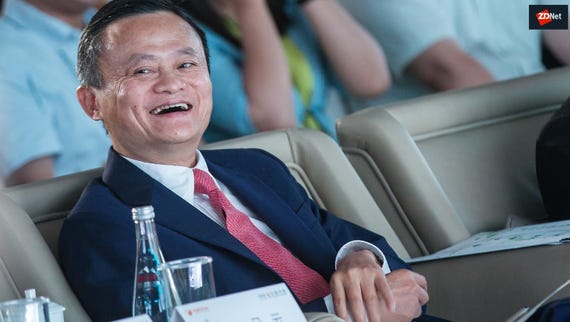 Alibaba boss Jack Ma to step down in 2019
Watch Now

The billionaire co-founder of China's ecommerce giant Alibaba has announced that he will be stepping down as executive chairman to spend more time focusing on education.

His retirement was not the end of an era, the former English teacher said, but "the beginning of an era," adding also in a statement to the Times, "I love education."

Alibaba on Monday revealed that CEO Daniel Zhang will succeed Ma as chairman of the board, effective September 10, 2019. Ma will stay on for a year to "ensure a smooth transition of the chairmanship"

Zhang's appointment and Ma's exit will fall on the same day as the company's 20 year anniversary.

"I have put a lot of thought and preparation into this succession plan for ten years," Ma wrote in a letter to shareholders and customers.

"When Alibaba was founded in 1999, our goal was to build a company that could make China and the world proud and one that could cross three centuries to last 102 years. However, we all knew that no one could stay with the company for 102 years. A sustainable Alibaba would have to be built on sound governance, culture-centric philosophy, and consistency in developing talent. No company can rely solely on its founders."

Ma had previously scaled down his role in Alibaba by stepping down as CEO in 2013, staying with the conglomerate in the capacity of executive chairman to develop strategies and talent, as well as work on its "social responsibilities" efforts.

Ma, China's richest man, founded Alibaba in 1999 out of his apartment in Hangzhou. It has since become one of the biggest retailers in the world.

"The one thing I can promise everyone is this: Alibaba was never about Jack Ma, but Jack Ma will forever belong to Alibaba," Ma said, signing off his letter.

The company went public on the New York Stock Exchange in 2014 and is the world's biggest ecommerce company by total value of the merchandise sold across its platforms, which include TMall and Taobao, China's largest online marketplace.

Alongside home-grown internet giants Baidu and Tencent, the company has transformed the Chinese retail landscape in the past decade.

China was responsible for 1 percent of global ecommerce transactions a decade ago and that number has now grown to 40 percent, according to McKinsey & Company, thanks in part to the rise of ecommerce platforms.

Much of Alibaba's success has been due to its heavy investment in logistics networks to deliver goods across China and its now ubiquitous mobile payment system Ant Financial, formerly known as Alipay.

Where logistics is concerned, the Chinese giant recently announced it was preparing for a future where a billion packages are processed a day, investing more than $15.58 billion to develop the "technical backbone for a smart logistics network".

Alibaba operates its own logistics business, Cainiao Network, in which it acquired a controlling stake last September for $807 million.

Currently processing 100 million packages a day, Cainiao had been able to bring down cross-border shipping time from an average 70 days to 10 days for some countries, according to Alibaba.

Noting that courier and food delivery companies employed some 5 million people in China today, Ma said the industry would need to prepare for growing demand for logistics services.

"Today, weekly package volumes exceed 1 billion. With that pace of change, it's not unreasonable [to expect] the peak handling during the company's 11.11 megasale will become the daily average a decade later," the outgoing boss said in May.

Meanwhile, Ant Financial Services Group has an active user base in excess of 600 million Chinese consumers, claiming also it is a more popular payment method than cash in China.

Alibaba's growth has not been without hiccups and has faced problems with Chinese regulators over the high number of counterfeit goods for sale on Taobao.

The US Trade Representative also blacklisted the website in 2016 and 2017 for selling fake goods.

For the first quarter ended June 30, Alibaba reported a 61 percent year-on-year increase in revenue to $12.22 billion. Its core commerce revenue also climbed 61 percent to reach $10.45 billion, while revenue from digital media and entertainment increased 46 percent to US$903 million.

Alibaba Cloud currently operates eight datacentre regions in China as well as 10 international datacentre regions, of which eight are located in Asia-Pacific including Singapore, Australia, Indonesia, and Malaysia. Worldwide, it has more than 1 million paying customers.

Alibaba smartens up chatbot ahead of 11.11 shopping festival

Chinese e-commerce operator says it beefed up predictive analytics to preempt what consumers might ask and prompt them on shopping decisions, such as reminders about vouchers.

Chinese internet giant talks up new product releases such as Anti-Bot Service and its datacentre footprint in Asia-Pacific as key differentiators against cloud rivals, Amazon Web Services and Google.

Digital retail is sweeping the globe. Here are the top e-commerce marketplaces that have a stake in the game.

Join Discussion for: ​Alibaba boss Jack Ma to step down