Ahead of the presidential elections in Brazil this year, a new Bill is criminalizing the disclosure of fake news with a focus on context published on the Internet. 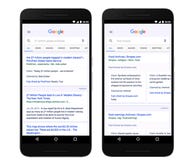 According to the Bill proposed by Senator Ciro Nogueira, spreading false news online or operating hoax-spreading bots should lead to jail sentences of one to three years.

Other media, such as television, radio or printed newspapers, are not mentioned extensively on the Bill. In such cases, the disclosure of fake news foresees more lenient penalties, with open prison regimes ranging from six months to two years.

The Bill is currently awaiting the designation of a rapporteur in the Brazilian Senate and is hoped to be voted before election campaigning starts in August.

According to the author of the proposed legislation, Senator Nogueira, "the creation of the new criminal type will contribute to repress and prevent the disclosure of fake news."

Additionally, the TSE is working on the creation of a handbook to support decision making of judges in cases relating to online content removal and the development of additional material to educate voters about the spread of fake news on social networks.