Full Bio
Posted in Between the Lines on July 3, 2020 | Topic: Innovation 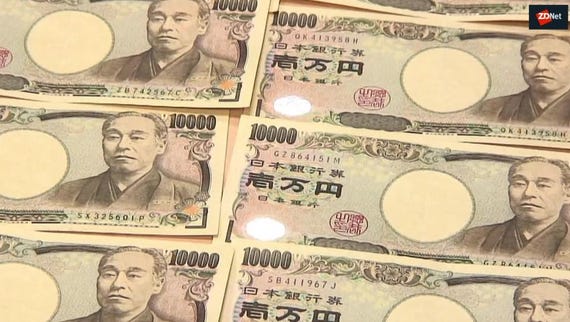 The Bank of Japan (BoJ) intends to start experimenting with digital versions of the Japanese Yen to test the feasibility of virtual currencies.

As reported by Coin Telegraph, the bank issued a report on Thursday -- "Technical Hurdles for CBDC" -- that noted upcoming experiments with a central bank digital currency (CBDC) could provide an alternative to the traditional Yen.

The bank has no plans -- as of yet -- to issue a digital currency, but says the organization is willing to explore the concept due to the increased use of digital payments, potentially adopted at a higher rate than expected due to the novel coronavirus pandemic and the shift by many vendors to contactless or card-based transactions.

The BoJ wants to research two specific areas which the financial institution believes are the main hurdles to adopting digital currency: resilience and access.

Resilience relates to scenarios such as a loss of power or access to IT systems -- an important concept in a country that experiences earthquakes frequently. If there is no means to access a currency when systems are down, this could provide economically damaging.

In addition, a full shift to digital currencies could be a disaster for vulnerable or elderly members of society, who may need to use cash on a daily basis and who may not have access to the mobile technology or apps used to access funds.

Local publication Nikkei estimates that as of 2018, only 65% of Japanese citizens owned a smartphone.

As a result, the Japanese bank not only needs to find a feasible digital currency that can be used widely, but also one that can be accessed offline, in any environment, and not necessarily require reliance on a mobile device.

The start date for the experiments is yet to be announced, but the bank intends to work with other financial institutions and technology companies soon to find a balanced way forward. In particular, offline payments that do not encourage or exacerbate fraud are a topic of interest.

Japan's announcement follows China, a country that has already begun testing its own CBDC. Touted as a potential rival to the US dollar, China's ruling party intends to trial cryptocurrency across Shenzhen, Chengdu, Suzhou, and Beijing.

Join Discussion for: Japan takes the first step towards a digital...