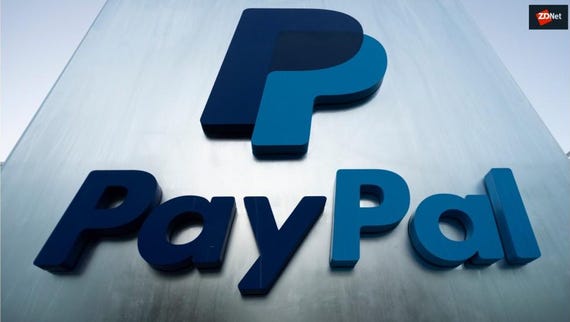 Is PayPal getting ready to support cryptocurrencies?
Watch Now

The UK High Court has ordered the closure and wind-up of GPay, a cryptocurrency platform that scammed traders through fake celebrity endorsements.

On June 30, the UK government's Insolvency Service posted a notice which explained that GPay Ltd, trading as XtraderFX -- formerly known as Cryptopoint -- has been closed after "losing" £1.5 million ($1.8m) of investor funds.

At least 108 clients lost cash, even when they opted for insurance that was meant to cover any future financial losses. When traders attempted to withdraw any funds they plowed into the platform, they hit barrier after barrier, such as ID and utility document requirements -- but, of course, these checks were not required to make deposits.

XtraderFX's website has now been shut down, but cached versions of the domain reveal promises of an easy cryptocurrency trading platform and portfolio, as well as a mining platform.

The platform promised to provide a way for those without any former experience in cryptocurrency trades to invest, on the backing of experienced traders and computational tools to make the task easy.

However, cryptocurrency scams, fake Initial Coin Offerings (ICOs), and exit scams are rife in the community. While regulators worldwide have begun to try and clamp down on fraud, unless a cryptocurrency exchange is registered under a government agency such as the US Securities and Exchange Commission (SEC), investors are often trading at their own risk.

GPay targeted individuals in the UK and elsewhere through advertising campaigns online, including through a variety of social media channels.

"Customers were encouraged to use GPay's online trading platform through advertisements that falsely claimed the service was supported or endorsed by entrepreneurs that starred in a prime-time TV show and a high-profile money-saving website," UK regulators say.

Trustpilot users have complained of deposits made without permission, closed accounts without warning, and harassment via phone calls urging additional investment.

The use of well-known, trusted faces to fraudulently advertise cryptocurrency schemes runs rampant. In this case, a number of users said they fell for a fraudulent Dragon's Den advertisement on Facebook.

Martin Lewis, the founder of MoneySavingExpert, has also been fighting the fraudulent use of his image to promote such schemes for years.

The financial expert previously took Facebook to court for the abuse of his name and image in thousands of scam adverts on the social network. Lewis and Facebook settled the case after Facebook promised to launch a dedicated scam ads report tool and to donate £3 million to a Citizens Advice project to help tackle scam-related complaints.

TechRepublic: How to protect your remote desktop environment from brute force attacks

In response to the news of GPay's closure, Lewis said:

"Screw you! P*ss off! And good riddance Gpay Ltd."

GPay was formally wound up on June 23, and UK officials say the order was made "in the public interest." No appeal was made by the company against the decision.

The Official Receiver is now the liquidator of the company.

CNET: FTC warns of COVID-19 scam claiming to give funds for bank info

"We welcome the court's decision to wind-up GPay as it will protect anyone else becoming a victim," commented David Hill, a Chief Investigator for the Insolvency Service. "This scam should also serve as a warning to anyone who conducts trading online that they should carry out appropriate checks before they invest any money that the company is registered and regulated by the appropriate authorities."