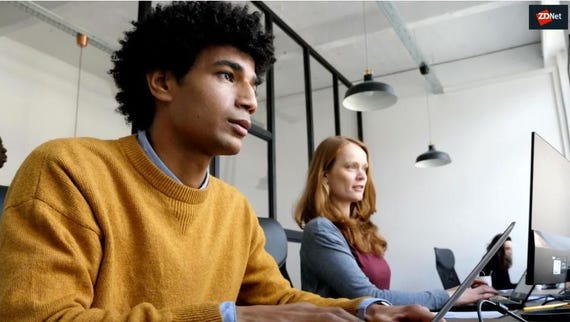 Java being fully open-sourced has been a long, long time coming. While Sun open-sourced some of Java as long ago as November 2006, actually using Java in an open-source way was… troublesome. Just ask Google about Android and Java. But for Java in the enterprise things have changed.

This comes after Oracle let go of most of Java Enterprise Edition's (JEE) intellectual property. Oracle retains Java's trademarks though -- thus Java EE naming convention has been changed to Jakarta EE. But for practical programming and production purposes Jakarta EE 8 is the next generation of enterprise Java.

If Jakarta sounds familiar, that's because it is not the first time that name has been used for a Java EE server. From 1999 to 2011, the Apache Software Foundation ran Apache Jakarta, which covered all of Apache's open-source Java efforts.

Jakarta EE 8 also includes the same APIs and Javadoc using the same programming model Java developers have always used. The Jakarta EE 8 TCKs are based on and fully compatible with Java EE 8 TCKs. All of this means enterprise customers will be able to migrate to Jakarta EE 8 without any changes to Java EE 8 applications.

That's vital. Mark Little, Red Hat's JBoss, CTO said, "Having Jakarta EE 8 fully compatible with Java EE 8 is likewise important so that existing Java EE 8 applications and developers can be confident they can move their applications seamlessly to the Eclipse Foundation effort."

According to The Eclipse Foundation:

This release provides a new baseline for the evolution and innovation of enterprise Java technologies under an open, vendor-neutral, community-driven process. As a result, Java vendors, developers, and customers alike now have a foundation for migrating mission-critical Java EE applications and workloads to a standard enterprise Java stack for a cloud-native world.

Eclipse hasn't been doing this in a vacuum. Fujitsu, IBM, Oracle, Payara, Red Hat, Tomitribe, and other members of what was once the Java  community have been working on Jakarta EE.

Glassfish isn't the only Jakarta EE 8 server runtime release to come out the door. IBM has also announced that Open Liberty, its "Java" server runtime, has been fully certified as a compatible implementation of the Jakarta EE 8 profiles.

This represents the culmination of a great deal of work by the entire Jakarta EE community, including Oracle, and we appreciate everyone's contributions. Oracle is working on delivery of a Java EE 8 and Jakarta EE 8 compatible WebLogic Server implementation.

"It's difficult to overstate the significance of this release," said Mike Milinkovich, the Eclipse Foundation's executive director.

There are tens of thousands of companies with strategic investments in Java EE and over 10 million Java developers globally. The finalization of the Jakarta EE 8 specifications means that the transition of Java EE to our new open, vendor-neutral, and community-based process has been completed, and paves the way for an entirely new era in Java innovation for enterprise and cloud workloads.

Want to know more about the new "Java?" Check out the  eBook: "Fulfilling the Vision for Open Source, Cloud Native Java." If you work with Java EE, this is a must-read because Java's future belongs to Jakarta.

Join Discussion for: Java finally goes all in on open source with...