The video conferencing platform can support calls that have up to 100 participants.
Written by Campbell Kwan on July 2, 2020 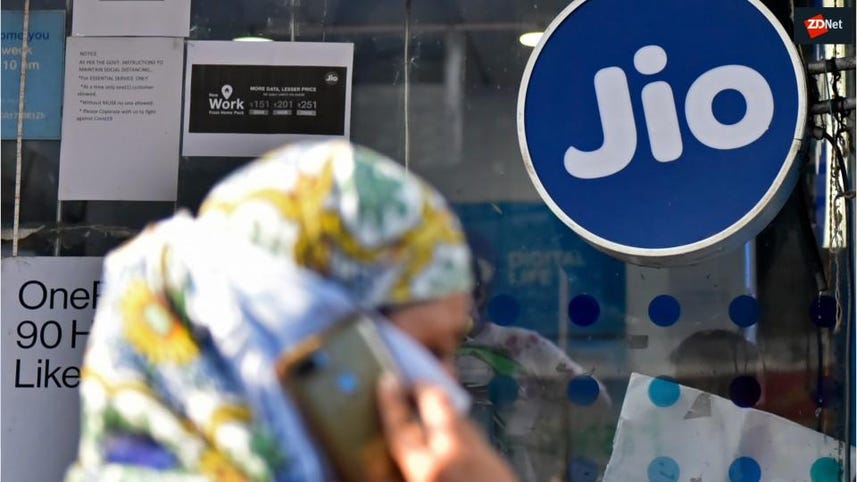 Jio Platforms has launched its own video conferencing platform, JioMeet, to compete against the likes of Zoom, Teams, and Google Meet.

The new video conferencing platform allows users to make an unlimited amount of calls, in 720p, and each call can support up to 100 participants at a time.

Jio Platforms is the holding company of Indian telco Reliance Jio and has over 388 million subscribers.

JioMeet also allows all calls to last up to 24 hours. Comparatively, Google Meet offers all users the ability to host calls up to 24 hours through September 30, but after that date, these calls will be limited to 60 minutes for free users, and Zoom group calls hosted by free users can only last up to 40 minutes.

JioMeet currently does not have any paid plans so both personal and enterprise users have access to the same features, according to the app's terms and condition on its website.

Other features in JioMeet include allowing hosts to keep a meeting open even if they have left, passwords protection for meetings, screen sharing, scheduled meetings, and waiting rooms to ensure participants cannot enter a metting without permission.

See also: The Facebook-Reliance tango is great for both companies, but is it good for India?

JioMeet is available for use through the Chrome and Firefox browsers and can be added to Outlook via a plugin. It is also available as a standalone app on macOS, Windows, iOS, and Android.

Jio Platforms added that the video conferencing platform can be used on laptops, desktop, mobile devices, as well as legacy video devices.

Following the launch of JioMeet, Reliance Industries -- the holding company of Jio Platforms -- shortly after announced it had received a ₹1,894.50 crore investment from Intel for a 0.39% equity stake in Jio Platforms on a fully diluted basis.

"Jio Platforms' focus on applying its impressive engineering capabilities to bring the power of low-cost digital services to India aligns with Intel's purpose of delivering breakthrough technology that enriches lives. We believe digital access and data can transform business and society for the better," said Intel Capital President Wendell Brooks.

Intel Capital said it invested in Jio Platforms as it believes the company will grow technology areas like cloud computing, artificial intelligence, and 5G.

With the Intel investment, Reliance Industries has now brought in a total investment amount of ₹117,588.45 crore since the start of May. Intel Capital joins a long list of companies -- including Facebook, Silverlake, and KKR among others -- that have invested in Jio Platforms.

At the end of 2019, the Jio Platforms-owned Reliance Jio reported it had accrued 370 million subscribers, with an average monthly spend per user of ₹128, or $1.67.

Bringing the amount of investment made to ₹78,562 crore during this recent investment cycle.

With a 1.34% equity stake in Jio Platforms, General Atlantic said it wants to accelerate the Indian economy and drive digital connectivity.

The administration's move to halt the H-1B program through Dec. 31 will stand unless there are successful court challenges, legal experts say.