Customers of the outdoor clothing retailer may have had their card details, email, shipping and billing addresses, and Kathmandu login details exposed.
Written by Asha Barbaschow on March 13, 2019 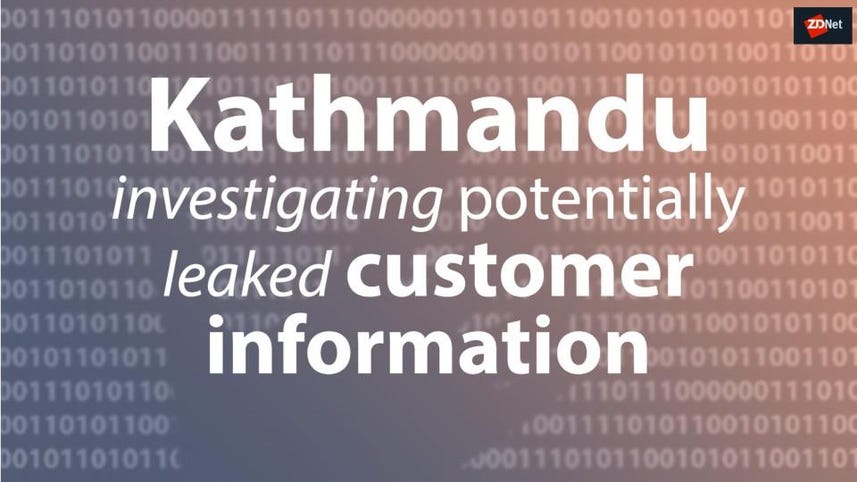 Outdoor clothing retailer Kathmandu Holdings has confirmed it is currently conducting an "urgent" investigation into a security incident that it said may have captured the personal information of customers.

The personal information which could have been impacted by the incident, Kathmandu said, may include billing and shipping name, address, email, and phone number; credit/debit card details; Kathmandu Summit Club username and password; special instructions relating to your order, such as pick up/delivery details; and any gift card details.

According to the company, the incident occurred somewhere between January 8 and February 12, 2019.

"As soon as Kathmandu became aware of this incident, it took immediate steps and confirmed that the Kathmandu online store is and remains secure," it wrote.

"Since this time, Kathmandu has been working closely with leading external IT and cybersecurity consultants to fully investigate the circumstances of the incident and confirm which customers may have been impacted."

The company said it has reset the passwords of all Kathmandu Summit Club accounts impacted by the incident if the password had not already been reset after February 12, 2019.

The wider IT environment, which the company said includes its Kathmandu brick-and-mortar stores, were not impacted by the incident.

"As a company, Kathmandu takes the privacy of customer data extremely seriously and we unreservedly apologise to any customers who may have been impacted," CEO Xavier Simonet added in a statement issued to the Australian Securities Exchange.

Kathmandu is notifying potentially affected customers directly and said that Australian customers using a Visa or Mastercard card could have had their cards already blocked by their respective card issuers.

Australia's Notifiable Data Breaches (NDB) scheme came into effect on February 22, 2018, requiring agencies and organisations in Australia that are covered by the Privacy Act 1988 to notify individuals whose personal information are involved in a data breach that is likely to result in "serious harm" as soon as practicable after becoming aware of a breach.

In the first year of operation, the OAIC received notification of 812 breaches, with around 269,621 separate cases of individuals having their personal information impacted as a result of a human error.

It has been reported that Sales Inventory Profile had a S3 bucket containing information on job applications appear online.

The SaaS-based recruitment firm has confirmed some data was compromised in the recent malware attack it suffered.