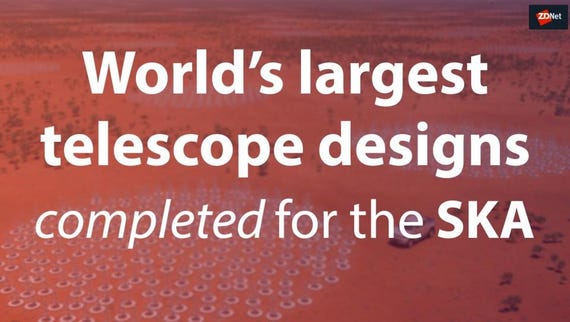 The Australian Labor Party has committed AU$7.5 million towards the Square Kilometre Array (SKA) in Western Australia, with the funding to go via the CSIRO and the Pawsey Centre at Curtin University.

Shadow Minister For Innovation, Industry, Science and Research Kim Carr said the funds would go towards skills development and a workforce plan, as well as the recruitment of more data scientists at the Pawsey Centre.

Construction of the SKA is expected to begin in 2020, after designs for local infrastructure were finalised in February.

The team, comprised of Australian engineers and scientists, designed everything from supercomputing facilities, buildings, site monitoring, and roads, to the power and data fibre distribution that will be needed to host the instrument at CSIRO's Murchison Radio-astronomy Observatory in remote Western Australia.

"The construction of SKA-Low is an immense technical endeavour being undertaken here in Western Australia. It will involve not only 130,000 antennas over 800 square kilometres, but new data and power infrastructure, capable of processing immense volumes of data each second," Carr said on Thursday.

The SKA is slated to be the largest and most capable radio telescope ever constructed, covering over 1 million square metres of collecting area. The SKA is an international project that will consist of thousands of antennas spread across the world, with central cores of operation in South Africa and Western Australia.

"A Shorten Labor government will also work to maximise procurement opportunities for Australian companies as the construction of the SKA continues," Carr said.

Under Labor, 10% of the workforce would be apprentices from the local area.

"The Abbott-Turnbull-Morrison Government has dilly dallied on support for the SKA and have instead chosen to wage a war on science, which Labor will end," Carr added.

In the federal Budget handed down at the start of April, the Coalition government set aside AU$9 billion for tech and science across a number of areas.

The government said it would provide AU$19.5 million over four years to set up a Space Infrastructure Fund to support projects aimed at accelerating Australia's space industry.

"This means money on the ground to help triple the size of the Australian space sector to AU$12 billion and increase employment to 30,000 jobs by 2030," Industry, Science, and Technology Minister Karen Andrews said last month.