The overarching plan of the strategy is to triple the size of Australia's space sector and grow an additional 20,000 jobs by 2030.
Written by Asha Barbaschow on April 3, 2019 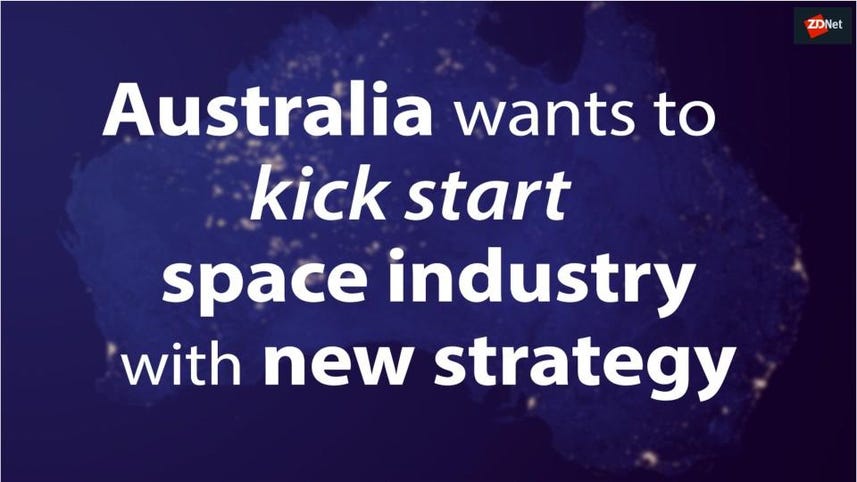 The federal government has published its plan to transform and grow Australia's space industry over the next 10 years, starting with forging international partnerships and developing roadmaps for areas highlighted as priority for launching the local scene.

The overarching plan is to triple the size of Australia's space sector and grow an additional 20,000 jobs by 2030.

Activities under the pillars will be guided by the seven National Civil Space Priorities that build on Australia's areas of strength, the strategy explained.

The priority areas are: Position, navigation, and timing (PNT); earth observation; communications technologies and services; space situational awareness and debris monitoring; research and development (R&D); robotics and automation on Earth and in space; and access to space.

With an initial AU$41 million, four-year investment, the strategy will be implemented in three phases over the next decade, and builds onto work already undertaken by the Australian Space Agency, which was stood up in July 2018.

This kitty was added on Tuesday, with AU$19.5 million to be used over four years to set up a Space Infrastructure Fund to support projects aimed at accelerating Australia's space industry announced as part of the 2019-20 Federal Budget. The investment will be driven by the strategy.

AU$2 million of this funding will be for the delivery of future world-class space manufacturing capability in New South Wales; and AU$6 million for a Mission Control Centre in South Australia, where the newly stood up space agency is housed.

The first phase of the strategy, already underway, is centred on setting conditions for growth.

Initiatives under this phase that have already been enacted include international partnerships, for example with France, Canada, the United Kingdom, the UAE, and discussions have commenced with the United States and the European Space Agency.

The strategy also said it has already begun to leverage the strengths of Austrade's international and national networks with the space sector.

On a national level, the strategy said the space agency has already started to develop statements of strategic intent with industry partners; invest in two of the seven national civil space priorities -- PNT and Earth observation through Geoscience Australia; fund space activities through CSIRO; and work alongside research infrastructure facilities, such as the Pawsey Supercomputing Centre in Perth and the National Computational Infrastructure in Canberra.

It is also amending the Space Activities Act 1998.

The next phase of the strategy will be to build on these conditions by "engaging with opportunity".

The role of government in all of this, the strategy says, is to identify and enable international opportunities, such as partnerships with other countries; find barriers to space market participation; provide a regulatory space framework that enables entrepreneurship; advise on opportunities in civil and military space matters, national interests, and the broader security environment, including cybersecurity, as it applies to civil space; focus on market gaps and emerging areas of interest; stimulate commercial investment; and encourage STEM education and skills development to grow the future workforce.

The final phase of the strategy, expected to be delivered in 2021-28, will be to focus on investment in the remaining civil space priorities and continue to build on what has already been done.

Virgin Galactic's project is really just a high altitude aeroplane flight and a dangerous one at that, Andy Thomas has said.