Leave GNOME alone: This patent troll is asking for trouble

Sure, anyone can sue anyone, but winning this intellectual property lawsuit against the GNOME Foundation, a leading open-source and Linux non-profit group, will be a heck of a challenge.
Written by Steven Vaughan-Nichols, Senior Contributing Editor on Sept. 26, 2019 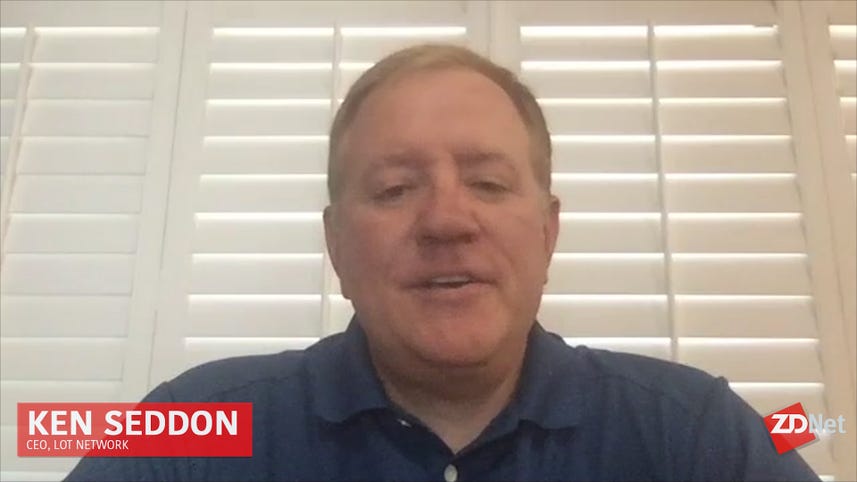 Rothschild Patent Imaging (RPI) suing the GNOME Foundation for violating its "wireless image distribution system and method patent" (US Patent No. 9,936,086) doesn't make much sense. But when has that ever stopped a patent troll?

The GNOME application in question, Shotwell, is a personal photo manager. Its functionality, which has Rothschild all hot and bothered, is that -- like all other end-user photo programs -- it can import and organize pictures. For relief, Rothschild demands that either this functionality be removed or the company be awarded a "running royalty from the time of judgment going forward."

You might ask how is being able to import photos and organize them patentable? Or at least be patentable in a patent dating from 2008? I believe Xerox PARC's Superpaint was importing images in 1973, and in the 35 years between those dates, there were just a few photo programs (Photoshop in 1988 comes to mind) that could import and sort images. If it's the wirelessly transmitting images that's the sticking point, it sure looks like Nikon was the first in 2005, with the Coolpix P1 and P2.

But the ways of the US Patent and Trademark Office (USPTO) are strange and wondrous to behold when it comes to researching prior art.

Be that as it may, this is far from the first time Rothchild, in true patent troll fashion, has sued companies for misusing its eponymous patent. Indeed, according to a 2015 RPX Corp report, Leigh Rothchild, the patent's creator, had filed the single largest number of lawsuits as non-practicing entities (NPEs) -- companies that don't produce products but profit purely from patent lawsuits -- with lawsuits against 141 defendants.

So, does Rothchild have a case? Is GNOME in serious trouble?

I spoke to several open-source savvy patent and intellectual property (IP) lawyers and this is what they told me.

"The OIN, as it does in all circumstances where OSS [Open Source Software] is at risk from patent litigation, is working behind the scenes with the Community to identify prior art, and to support GNOME. Poor-quality patents held by non-practicing entities continue to be a source of concern and, whether asserted against OSS or otherwise, must be challenged and invalidated at every turn to safeguard innovation."

"It appears that RPI is a classic troll. That said, patent claims are deliberately written broadly so that they can ideally capture products that may come along much later. It's an extremely arcane art, and two different courts may easily come out with opposite conclusions on the same patent."

As for the patent itself, Updegrove opined:

"[It] could be a strong patent or a weak one. The only way to find out for sure is to see what a jury decides, assuming the suit ever gets that far. The most surprising thing to me is that RPI is suing an open-source foundation, which presumably has few assets to speak of, and likely no insurance to cover a judgment."

He speculated that, if RPI was successful with GNOME, perhaps the company hopes "it can get for-profit companies to agree to pay money for a license, using Gnome's supposed conclusion that the patent was valid as evidence of that fact. Often, a troll will price those later licenses low enough that it's cheaper to pay up than to go to court, even if the licensee thinks it would win. If so, that strategy isn't working yet, as GNOME has said it will defend itself in court."

"It's worth keeping in mind that it's very easy for anyone to develop software that infringes on a patent, given how many patents have been issued. The reason this suit jumps out isn't because open-source developers never inadvertently infringe on a patent, but that important open-source projects enjoy relative immunity from patent suits. That's because virtually all software companies that own lots of patents rely on bundling open-source software as well as on their ability to contribute to projects important to them, and would become pariahs if they asserted a patent against any open-source project.

That, of course, is what makes patent trolls such a threat -- they have their own immunity, in the sense that neither the taboo against patent suits nor the business model of the OIN apply to them."

The OIN's model defends its 3,000-plus Linux and open-source developing companies by holding the club of counter patent lawsuits against rival companies. An NPE's business model is largely immune to such counter lawsuits.

"This suit is a prime example of why patents relating to software are so problematic. Software freedom organizations like the GNOME Foundation have many more important things to do than to fight off patent trolls."

So, while from an ordinary viewpoint, it may appear this should be an easy win for GNOME, this case may well slowly walk its way through the courts. In the end, though, with all the attention this lawsuit will bring on the Rothschild patent's validity, the company may yet rue the day it decided to go after a non-profit, open-source organization.