Rough calculations in Senate Estimates on Tuesday have seen the Department of Health and Australian Digital Health Agency (ADHA) agree that around 500,000 Australians will opt out of having a My Health Record if the same behaviour exhibited in a trial extends to the rest of the country.

Under questioning, an official from ADHA said in its trial involving 1 million people, only 1.9 percent opted out.

"We have had feedback from the two regions -- Nepean/Blue Mountains and Far North Queensland -- that there has actually been the opposite effect [of people opting out as time went on]," ADHA COO Bettina McMahon said. "Health care providers have had [opt-out] consumers come to them and say that they now want a record and they have actually chosen to opt in since then.

"And are now more comfortable as time has gone on."

Earlier this month, ADHA revealed that Australians would be able to opt out during a window from July 15 to October 15. As it currently stands, although 5.8 million Australians have a record, no one can opt out yet.

Those interested in opting out can register on the My Health Record site to be alerted when the window opens, and 11,000 people have done so.

The process for opting out will be via an online form, calling 1800 723 471, or via paper form for those in rural areas.

Although My Health Record has options for a number of access codes to change the default setting of general access to health care providers, and instead restrict data to nominated health care providers or people, less than 0.1 percent of 5.8 million users have done so.

"Consistent with international similar programs. So people on the whole ... are engaging in the initiative to make sure their medical information is available, particularly in emergency circumstances to a care professional," ADHA CEO Tim Kelsey said.

Kelsey said this rate is consistent with internationally similar programs.

"People on the whole ... are engaging in the initiative to make sure their medical information is available, particularly in emergency circumstances to a care professional," he said.

"Whilst those rights exist, it doesn't surprise me that people on the whole are choosing not to exercise them."

The government recently published guidelines on the third-party use of data generated by My Health Record.

The framework restricts access to de-identified data, noting that it cannot be used solely for commercial and non-health-related purposes -- however, on Tuesday it was clarified that a drug company could access data if it was to be used in the creation of "life-saving medicine", and that identified data may be released with the consent of individuals.

My Health Record users will in future be able to opt out third-party use of data generated by the system, but this option has not yet been built as the guidelines were not released.

"Data will be de-identified in very sophisticated ways," Deputy Secretary of Health Systems Policy and Primary Care at the Department of Health Caroline Edwards said. "The absolute utmost efforts to ensure that it's encrypted in an absolutely fail-safe way, and that's really at the heart at what's in the secondary use framework.

"We should be making available de-identified useful data to actually help the community and researchers but in a way that absolutely protects the privacy of any particular clinical records."

ADHA said it had self-reported six instances of unauthorised access to My Health Record data to the Information Commissioner in last financial year, and this year it had thus far reported three.

"Last financial year, four of the six instances related to fraudulent Medicare claiming, so someone made a fraudulent claim and through that process was able to access a My Health Record, and two related to an administrative error where they were processing a newborn Medicare registration form, and it resulted in the incorrect consumer on the Medicare card being linked to that record," McMahon said.

"In this financial year to date, two incidents related to the Medicare fraud, and one relating to the same administrative error." 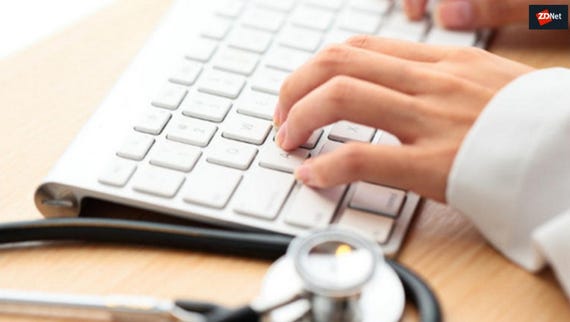 Google is using a deep learning system to navigate electronic health records without the data wrangling.

Dr. Ted Smith, CEO of Revon Systems, spoke to TechRepublic's Jason Hiner about how Apple Health Records could help make your smartphone a secure, trusted repository for your health records.

Join Discussion for: Less than 2 percent of My Health Record trial...