A months-long OLED TV burn-in test on LG models show that after 4,000 hours, logos and static images were vulnerable to permanent image retention, much less than the South Korea electronic company's assertion of 30,000 hours.
Written by Cho Mu-Hyun, Contributor on Sept. 9, 2018 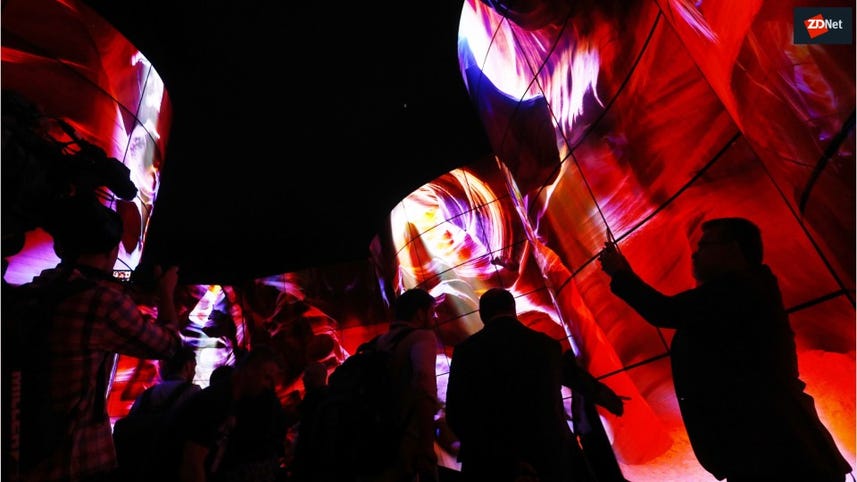 Rtings have been playing different kind of contents on six units of 2017 C7 OLED TV models since January. The TVs are turned on for 5 hours and turned off for 1 hour. It repeats this cycle 4 times a day, the reviews site explains.

The South Korean tech giant has previously said its OLED TVs can last 30,000 hours, which equals 10 years of use with an average daily viewing of eight hours, without burn-ins.

The company's OLED TVs have a pixel refresher feature which moves static images to prevent burn-in but Rting's test showed that it had minimal effect and caused uniformity issues. The test is ongoing and further results will be announced in a couple of months.

Earlier this year, LG's 2018 OLED TVs at Incheon International Airport in South Korea that showed flight schedules had signs of burn-in after only a couple of months. The models were switched with LCD ones due to the issue.

Burn-in refers to permanent image retention usually caused by leaving a static image on the screen for a long period of time. The images are "burnt-in" and are visible, like stains, when playing other content.

LG is currently pushing its OLED TVs as its flagship premium TV models and affiliate LG Display supplies its panels to Sony.

Samsung has put a plastic overlay window on its flexible OLED panel that will allow it to withstand 1.2-metre drops with no damage.

LG's OLED TV on display in front of hundreds of industry associates at a prestigious industry tradeshow has shown signs of prominent burn-in, ZDNet has learned.