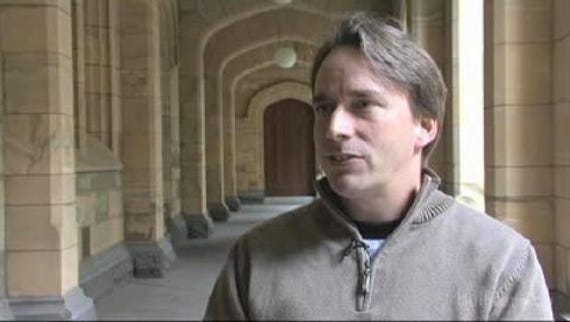 If Torvalds quit Linux would anyone notice?
Watch Now

If you follow Linux development closely, you know Linux kernel discussions can be very heated. Recently, Linus Torvalds has admitted the Linux Kernel Mailing List (LKML) and other Linux development spaces are hostile to many. Torvalds announced he'd change his behavior and apologized to the "people that my personal behavior hurt and possibly drove away from kernel development." It was never just Torvalds. So, the Linux community announced it's adopting, for the first time, a "Code of Conduct."

Also: How to choose a Linux distro for your old PC CNET

Linux developers had a code before, but the earlier "Code of Conflict," failed to make the kernel community a more civil group. As Greg Kroah-Hartman, a leading Linux kernel developer wrote, the "Code of Conflict is not achieving its implicit goal of fostering civility and the spirit of 'be excellent to each other.' Explicit guidelines have demonstrated success in other projects and other areas of the kernel."

This new code is straightforward. It opens:

"In the interest of fostering an open and welcoming environment, we as contributors and maintainers pledge to making participation in our project and our community a harassment-free experience for everyone, regardless of age, body size, disability, ethnicity, sex characteristics, gender identity and expression, level of experience, education, socio-economic status, nationality, personal appearance, race, religion, or sexual identity and orientation."

Moving ahead, the Linux code maintainers will be be charged with encouraging welcoming behavior and eliminating sexualized language, trolling, harassment, and other unprofessional behavior. You would think this new code wouldn't cause too much conflict. You would be wrong.

Also: How to find the right Linux distribution for you TechRepublic

This new code is based on the Contributor Covenant. This open-source code of conduct is already being used by such projects as Eclipse, Kubernetes, and Rails. It was created by Coraline Ada Ehmke, a software developer and open-source advocate.

The use of her Contributor Covenant has caused a bad-tempered outbreak on Twitter and Reddit. There are claims the Linux community is becoming politicized and is being taken over by so-called Social Justice Warriors (SJW). Some examples concerning the new Code of Conduct include: "In practice [will be] abused tools to hunt people SJWs don't like. And they don't like a lot of people." And, "Yes as long as are authoritarian left wing minded, and/or censor your self you can participate."

Also: Opera is available in a Snap on Linux

For all the ranting about SJWs on Twitter and Reddit, things are quite calm on the LKML Itself. It's very telling that the people actually working on Linux are not freaking out about the new code of conduct.

As for what happens next? Sage Sharp, a developer who left the Linux community because of its toxic environment, tweeted it best: "The real test here is whether the community that built Linus up and protected his right to be verbally abusive will change. Linus not only needs to change himself, but the Linux kernel community needs to change as well."

Join Discussion for: ​Linux adds a code of conduct for programmers