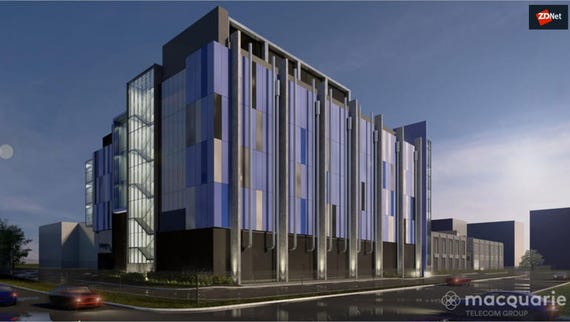 Macquarie Telecom has announced that it will be expanding its datacentre in Sydney, with its Macquarie Park Intellicentre to become a 43MW campus in a staged process.

Capacity at Intellicentre 3 (IC3) East will be expanded from 10MW to 26MW, Macquarie Telecom said, and IC3 West will add a further 17MW.

The expansion of IC3 is expected to cost between AU$75 million and AU$85 million in capex during 2019, which will be partially offset by a 20-year lease agreement to the value of AU$26 million to AU$36 million with Keppel DC REIT. The remainder will be financed via a structured debt in the first quarter of FY19.

"The first data hall in the new Intellicentre Campus will achieve practical completion in late calendar 2019 with an opening day mechanical, electrical, and plant (MEP) of 2.4MW. Further investment in MEP will be funded by the debt facility," Macquarie Telecom added.

The expansion of IC3 West will then be subject to approval by Keppel and Macquarie Telecom.

"The new datacentre will be a Tier III+ facility with an Australian leading PUE of 1.28. It will be certified by Uptime Institute, built to meet Australian government physical security standards, ISO 27001:2013, and support the delivery of credit card payment environments," Macquarie Group executive David Hirst said.

In March, Macquarie Telecom revealed that its hosting and datacentres business saved its first-half financial results for FY18 after receiving a boost as a result of its ASD certification.

The company's traditional telco business reported steady revenue of AU$71 million and earnings before interest, tax, depreciation, and amortisation (EBITDA) dropping by 2 percent to AU$9.1 million following the opening of a new network operations centre in Sydney in November.

Its hosting division increased revenue by 22 percent to AU$46 million and experienced a 38 percent EBITDA jump to AU$13 million.

"Sustained growth in profitability over the last seven halves has allowed Macquarie to consider opportunities to invest for future growth," MacTel CEO David Tudehope said at the time.

"We are well positioned to continue to benefit from the megatrends of cloud and cybersecurity."

"Through the updated policy, the DHS is demonstrating how it is possible to transform ICT while at the same time elevating cybersecurity standards," Macquarie Cloud Services group executive James Mystakidis said in June.

"This is particularly relevant as there has been a lot of talk about how supply chains can create cybersecurity risks. This is an example of how the government can use its supply chains to push secure transformation through an industry.

"Australians will -- for the first time -- be able to be assured their data moving from a health software company's cloud services into the Medicare system will be protected end-to-end to the same standard."

Most companies lack the infrastructure for artificial intelligence

There is a direct correlation between digital readiness and AI readiness. However, few companies are well ahead in either area, McKinsey study asserts.

The data center is dead: Here's what comes next

Enterprise data centers will vanish over the next seven years. So where does all that data go?

Data without an associated backup is only as reliable as the system upon which it is stored-and every system has a finite life span or may be susceptible to malware or hacking efforts.

Here's why the public cloud is growing rapidly (TechRepublic)

Flexibility and ease-of-use are the biggest reasons why the public cloud is growing so fast, says Agio CEO and founder Bart McDonough.

How to get started with open-source backup software (TechRepublic)

There are many choices for corporate backup software, and it's easy to overlook the open-source options. Amanda Enterprise and Bacula Enterprise are the backup solutions best suited for major tasks.