Full Bio
Posted in Between the Lines on August 31, 2017 | Topic: Internet of Things 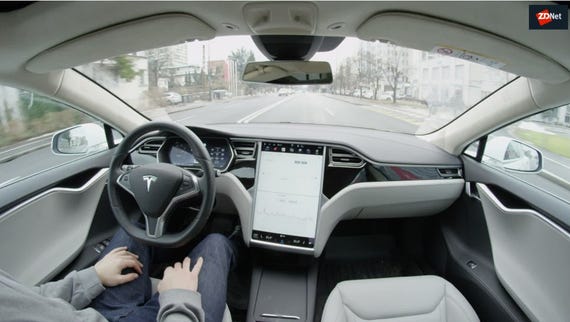 Magna International, a leading supplier to automakers, rolled out MAX4, an autonomous driving system that could go a long way toward scaling the technology.

Autonomous driving systems have received a lot of attention from technology players such as Google, Intel, and Nvidia, as well as automakers including Ford and General Motors. Magna's MAX4 in theory could have a wider impact on autonomous driving adoption since it works with nearly all of the automakers to provide modules and parts.

Simply put, Magna could make including an autonomous driving platform as easy as a drive train or roof system. In addition to being a supplier, Magna is the contract manufacturer behind certain Jaguar, Land Rover, BMW, Mini, and Mercedes-Benz models, to name a few.

The MAX4 can enable up to Level 4 autonomous driving capability and combine RADAR, LiDAR and sensors to integrate into automakers existing and future platform. Level 4 automation means a vehicle can perform safety functions without input from a driver beyond destination and navigation input.

Magna said that MAX4 is designed for scale and high-volume production and won't take up additional cargo or passenger space. Automakers can use MAX4 or as a fully integrated system or as modules.

According to Magna, the MAX4 autonomous driving system will have a cruise-control interface controlled with a button. MAX4 will operate much like a cruise control system where drivers disengage via brake pedal or button.

More importantly, a player like Magna can integrate and collapse a splintered autonomous driving landscape and make it easier to adopt the technology.