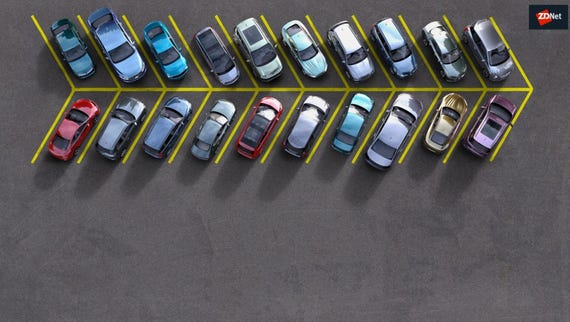 When cars drive themselves, what will passengers do?
Watch Now

Fully autonomous vehicles will bring forth a new "passenger economy" worth $7 trillion by 2050, according to new research from Intel and Strategy Analytics.

The passenger economy does not include the autonomous vehicle industry itself; rather, it's a "peripheral" economy or a "side-effect" of autonomous vehicles becoming mainstream, Doug Davis, VP of Intel and GM of Intel's Automated Driving Solutions Group, told journalists on Thursday.

While the predicted value can be disputed, Intel's overarching point is that fully autonomous vehicles will generate new types of products, services, and business models as today's drivers become tomorrow's idle passengers.

Given autonomous vehicles are expected to free more than 250 million hours of consumers' commuting time per year in some of the most congested cities in the world, a key opportunity will be how to capitalise on all of the time people will save when they're no longer having to drive, according to the Intel-Strategy Analytics study.

Due to the scope of the opportunity, Intel CEO Brian Krzanich said it would be wise for businesses to start thinking about their autonomous strategy now.

"Less than a decade ago, no one was talking about the potential of a soon-to-emerge app or sharing economy because no one saw it coming. This is why we started the conversation around the Passenger Economy early: To wake people up to the opportunity streams that will emerge when cars become the most powerful mobile data generating devices we use and people swap driving for riding," Krzanich said.

"Mobility-as-a-service" will be the dominant business model, disrupting traditional patterns of vehicle ownership, maintenance, operations, and usage, according to Intel.

In fact, the chip giant envisions a future where individual vehicle ownership is less important, and shared commuting on autonomous vehicles is the norm.

"Half of commuters in Manila are not driving ... some take jeepneys, which are these old diesel minibuses [that carry] 20 people. When those become electric, autonomous, algorithmically guided, and massively more efficient, you're giving those time savings back to people. You suddenly have this whole new form of mass transportation," Roger Lanctot, director of Automotive Connected Mobility at Strategy Analytics and author of the Intel-commissioned study, said on Thursday.

While some posit that the popularity of autonomous vehicles will increase congestion on roads, the study argues that the vehicles of the future will be able to retrieve and share real-time traffic data, and subsequently optimise routes and tasks such as finding parking.

Davis added that autonomous vehicles will not kill off public transport; rather, it will reinvent it, providing commuters with a vastly different experience to what they're accustomed to today.

Transport -- such as buses, ferries, trains, trams, and taxis -- could even become "experience pods", places where people get their nails and hair done, conduct business meetings, consult healthcare practitioners, or have dinner with friends, according to the study.

Lanctot believes the technology will bring forth new vehicle types that are adapted to local circumstances.

"The autonomous vehicle is not going to be a four-seat Sedan; it's going to start as that, and then rapidly evolve into minibuses. I think we'll see a whole new class of vehicles spawned for dense urban environments, like autonomous electric bicycles that are ultra lightweight, clean, emissionless. It will pedal itself to you and then electrically assist you to where you want to go or convey you there," Lanctot said.

"At the extreme end, we could eventually start to see the evolution of RVs into autonomous houses that can trundle along, create nomadic communities, going from place to place."

Davis believes autonomous vehicle technology will "democratise transportation", bringing mobility to those who currently struggle with it such as those who are older or living with disabilities.

"When you look at ageing populations around the world, like in Japan for example, autonomous taxis could be used to help people age in place and preserve old towns," said Greg Lindsay, senior fellow at the New Cities Foundation.

The study predicts the B2B sector to be among the first to experience change as a consequence of autonomous vehicle technology advancing. For example, businesses involved with package deliveries and long-haul transportation will no longer be impacted by driver shortages.

While it will take decades to reach full integration of autonomous vehicles, the projected $7 trillion global value will come from three major areas, according to the study: $3 trillion, or 43 percent, is expected to come from business use of mobility-as-a-service; $3.7 trillion, or 55 percent, will come from consumer use of mobility-as-a-service; and $203 billion would be generated by new vehicle services and features.

Davis wrote an article in May saying the reason he decided to postpone his retirement from the company, in which he spent more than 30 years, is because of Intel's potential in the autonomous driving sector.

Davis believes Intel is not getting enough credit for its role in autonomous driving technology, saying that many autonomous vehicle carmakers are not talking about "who is powering the brains in their test cars lest they give away secrets".

Davis said that he firmly believes Intel is best equipped to address the data challenge associated with autonomous driving technology.

According to Intel, autonomous cars will generate about 4TB of data -- from cameras, LIDAR, RADAR, and other sensors -- every 90 minutes of operation.

To prepare for this, Davis said the company has set up the first of several planned datacentres dedicated to autonomous driving, which will be used for algorithm development and training, as well as understanding the infrastructure required for autonomous driving data movement and storage.

At an event in San Jose, California, Intel and BMW also unveiled the first of approximately 40 autonomous cars built on the 7 Series platform that it will be testing on the road.

The vehicles will include technologies such as cameras for road scanning from Israeli company Mobileye, which Intel acquired for $15.3 billion in March.

Under its partnership with Intel, BMW will be responsible for driving control and dynamics, component integration, and evaluation of functional safety including setting up a high-performance simulation engine.

All the cars are expected to be on the road by the end of the year.

Intel also unveiled its Advanced Vehicle Lab in Silicon Valley, which it said will explore artificial intelligence, connectivity, in-vehicle computing, sensing, and other technologies required to make fully autonomous vehicles a reality. It joins the company's other labs in Arizona, Oregon, and Germany.

Intel is among a growing cohort of tech companies looking to capitalise on autonomous driving technology, including Apple, Baidu, BlackBerry, Google, Lyft, Nvidia, and Uber.