Marriott International has inked a partnership with Southeast Asian mobile app operator, Grab, to integrate the latter's platform across its service portfolio, including food delivery, payments, transport, and advertising. The deal will give the hotel group access to Grab's "sizeable" customer base through its services, namely, GrabFood, GrabPay, and GrabAds.

Touted as its "most comprehensive agreement" with a hospitality group, Grab said in a joint statement Thursday the alliance would see both organisations meld their service offerings together to enrich user experience for consumers across Southeast Asia. It also marks Marriott's first "extensive integration" with a mobile app platform in the region, the partners said, enabling the global hotel group to tap a customer base that was increasingly transacting online. 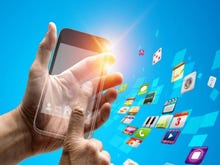 Under the agreement, GrabFood would showcase 600 restaurants and bars under Marriott's network across six Southeast Asian markets. Customers would also be able to pay for their dining transactions through GrabPay at some Marriott hotels as well as earn GrabRewards points through all transactions made on the mobile payment platform, which currently was supported by some 800 merchants.

These points as well as points under the Marriott Bonvoy loyalty travel program could be converted to either rewards system. Grab customers, for instance, would be able to redeem their converted points for member benefits across 7,400 hotels and resorts in 135 countries and territories.

The loyalty points conversion system is slated to begin in the first quarter of 2021.

The two companies said integration of all services would be progressively rolled out starting next month, with GrabFood kicking things off. The food delivery service would be available from some 600 F&D outlets across the Marriott network in six Southeast Asian markets in which Grab operated, including Singapore, Malaysia, Indonesia, and Thailand.

A pilot programme involving GrabPay is also expected to commence in the first quarter of 2021 to allow travellers to make payments through the mobile platform at participating Marriott hotels. F&B outlets that support GrabPay would also be able to access Grab's Merchant Discovery feature to notify guests within the vicinity of the hotel about promotions and events.

Marriott International's Asia-Pacific president Rajeev Menon said: "Our collaboration with Grab is one way we are designing a more seamless travel experience by leveraging the expertise of a super app in the region."

Grab, in September, was instructed by Singapore's Personal Data Protection Commission (PDPC) to review its cybersecurity framework, following a series of breaches that compromised the mobile app operator's customers' data. The latest security incident had prompted the commission to impose a fine of SG$10,000 ($7,325) and order a review of the company's data protection policies within 120 days.

Underscoring the fact that the company breached Section 24 in Singapore's Personal Data Protection Act four times, the PDPC said this was "significant cause for concern" especially given Grab's business involved processing large volumes of personal data on a daily basis.