Part of a ZDNet Special Feature: The Future of Food 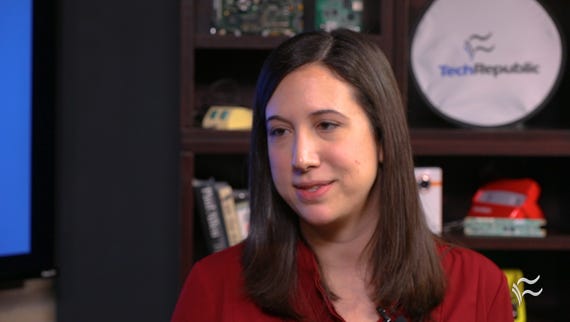 Every morning for the past two years, Eric Shashoua, the founder and CEO of Kiwi for Gmail, cracks open a Soylent meal replacement drink for breakfast. And lunch. And a snack.

His 12- to 14-hour workdays leading a tech company require deep concentration, and little time to break for lunch.

"I'd been searching for something like Soylent for ages, ever since I could imagine how convenient it would be if you could just drink food," Shashoua said. "I'm not a foodie guy. For me, it's more convenient during the day."

Elon Musk once said, "If there was a way that I couldn't eat so I could work more, I would not eat. I wish there was a way to get nutrients without sitting down for a meal," according to the book Elon Musk: Tesla, SpaceX, and the Quest for a Fantastic Future.

Today, a relatively small but enthusiastic number of tech professionals have followed this ethos, replacing some or all meals with "nutritionally complete" drinks that go by names like People Chow, Huel, Super Fuel, and perhaps most popularly, Soylent, to get the proteins, carbs, and fats needed to live without going through the hassle of eating a traditional meal. It's possible that these meal replacements could also play a role in the future of food when it comes to providing meals to people in need.

"I don't think that that appeals to the average person who really enjoys food and looks forward to it, not as the chore in the middle of their day, but like a very pleasant break," Shashoua said. "But there are many, many, many people that are like me that really want to get food out of the way. It's life-changing."

Replacing meals is not an incredibly common practice, said Jan English-Lueck, an anthropology professor at San Jose State University and a distinguished fellow at the Institute for the Future, who studies Silicon Valley culture. But the tech industry, with its obsession with productivity and efficiency, is ripe for adopting this type of functional food.

"As functional food is seen as an answer to the dilemma of 'What do I eat?', it's going to become increasingly important," English-Lueck said. "It takes the processed food model to its final expression."

Rise of the meal replacementsIf there was a way that I couldn't eat so I could work more, I would not eat. Elon Musk, CEO of Tesla and SpaceX

The US has a long tradition of meal replacement drinks for weight loss, with SlimFast and Ensure shakes hitting the market in the 1970s. But marketing these newer products as time savers rather than weight loss products helps them appeal to a new audience.

"The ability to market that you have a better package, with more nutrition that makes it more food-like, and the fact that you can sell it as a subscription online and it's snack-like convenient--that's the innovation," English-Lueck said. "It's a hierarchical leap above Ensure."

In 2012, the Soylent co-founders were working on a tech startup and living off of frozen corn dogs and instant ramen noodles. They developed Soylent as an experiment to save time and money. After publishing a blog post about it, online buzz in the tech community quickly grew. The co-founders started a crowdfunding campaign, with a goal of $100,000 to start the company. They raked in more than $1 million in pre-orders, and an additional $1.5 million in seed funding, with investors including Reddit co-founder Alexis Ohanian.

"Most brands could spend countless dollars and years and never have a fan base that rabid and passionate--Soylent had it from a single blog post," said Ohanian, who is now the co-founder of Initialized Capital. At the time of this writing, the Soylent subreddit had 32,600 subscribers.

The refrigerator at Initialized Capital now has a whole shelf of Soylent in every flavor, Ohanian said. He grabs one to have as a meal as he's on his way to the airport, or a meeting where he won't have time to sit down and eat, he said. "It's a very handy alternative to all the fast and unhealthy options out there when you're juggling a busy lifestyle," Ohanian said.

Engineers and developers need to be in a certain headspace to produce code, and taking a break for any reason, including a meal, can disrupt that flow, English-Lueck said. That kind of workflow can make a meal replacement drink more appealing, she added.

There are many, many, many people that are like me that really want to get food out of the way. It's life-changing. Eric Shashoua, CEO of Kiwi for Gmail

"We created a lot of buzz early on in the tech companies--they're inherently early adopters of new tech, so it was no surprise they got behind engineered meals," said Soylent CEO Bryan Crowley. "We hear from a lot of customers with packed schedules, hectic jobs, and no time to get the nutrition they want for their busy day-to-day." Core consumers of Soylent now include tech professionals, gamers, and college students, he added.

Tech professionals and entrepreneurs are the key demographic for customers of Jimmy Joy, which makes a product called Plenny Shakes, according to company business developer Jeroen van Duijn.

The same goes for Super Body Fuel, said owner Alex Snyder. A former programmer with many food allergies, Snyder grew interested in meal replacements around the time Soylent launched its crowdfunding campaign. He donated, but grew tired of waiting for the product to be released, and began dabbling himself.

Today, "I replace probably more than I should," Snyder said. "I'll make my own mystery mix from the leftovers after production, and I'll have that for lunch, and a snack. And honestly, usually for breakfast too, when I'm at work."

Professionals tend to have less free time than in the past, Shashoua said, and have a tendency to seek out food options that are fast and convenient.

"I'm eating better because I'm eating," Shashoua said of replacing two meals a day with a drink. "Otherwise, my life lends itself to a lot of missed meals and then eating poorly on the off-days. Things are less stressful because I don't have to switch tasks so drastically from being in the middle of intensive work, and then go and look for food somewhere."

'I would never do it again'

Three years ago, Dary Merckens, CTO of Gunner Technology, was going through a self-described "efficiency craze." He spent 30 days eating nothing but meal replacement drinks, starting with Soylent and switching to People Chow. "It was an experiment to see if meal replacements worked as far as simplifying day-to-day goes," Merckens said.

The verdict? "It definitely does save time, and is a more efficient way to consume food," Merckens said. "I would never do it again. But I see why people would want to do it if you need to squeeze every second out of every day you possibly can."

The working world is in the midst of an efficiency craze, Merckens said. "It's sort of what's been driving us to technology right now--if there's a more efficient way to do something, then by definition it's better. I'm not sure that, that's actually proven to be the case in reality."

Other examples of this include the Pomodoro Technique for time management, or practicing inbox zero.

"Silicon Valley, or tech in general, is obsessed with getting to the root purpose of stuff and then just focusing obsessively on that," Merckens said. "So they imagine that food is just calories and nutrients and that's all it is. But there's so much of a social aspect to eating that I think the negatives from that far outweighs the positive that you get from the time space."

This is likely the reason that more people in tech or any industry have not jumped on the meal replacement bandwagon, said Charles Godfray, a professor of population biology and director of the Oxford Martin School at the University of Oxford.

"It's a very small bubble among a very small number of people," Godfray said. "We eat in order to stay alive, but eating is so much part of the social fabric of all societies, and also is part of how we identify ourselves, that I think it will only be a very small fraction of people who go that way."

Whether or not meal replacements catch on for professionals, they could have a larger purpose: Providing nutrition to people in need.

By 2050, the world will need 70% more food in terms of calories to feed a global population of 9.6 billion, according to the UN. And for the first time in human history, food production will be limited globally by the availability of land, water, and energy, a researcher from Texas A&M said. Synthetic meal replacements that are nutritionally complete but require fewer resources to make could possibly step in to fill hunger gaps.

Aid organizations like UNICEF already use Ready-to-Use Therapeutic Foods (RUTF) for malnourished populations. These 100-gram packets of paste contain the necessary energy, protein, fat, vitamins, and minerals, and have a shelf life of two years.

Soylent as a company is experimenting with cellular nutrition to produce more food without traditional planting and watering, Crowley said. And the Soylent for Good initiative invests in programs created by anti-hunger experts at food banks, rescue organizations, and NGOs. The company has also donated more than 1.5 million meals to places in need, Crowley said.

However, price may be an issue. Twelve bottles of Soylent in its original flavor cost $39, for example, while 150 packets of RUTF are typically under $50.

"The [meal] replacement type things are expensive, niche products designed for the middle classes, so in my view, they're almost irrelevant to questions around food security," Godfray said.

Meal replacements may become more popular generally as they begin to broaden their audience, and reach people with specific allergies or health needs, English-Lueck said. "It becomes part of an ecosystem of eating," she added.