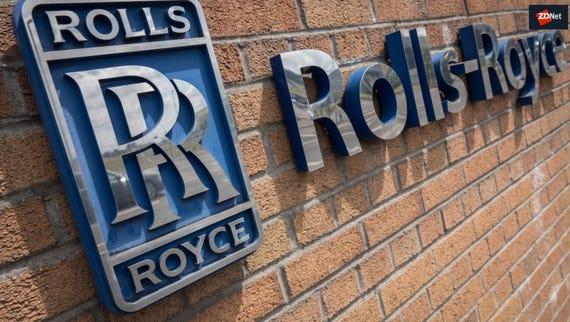 Ripping apart the engines of planes and road vehicles to diagnose and fix issues can be a costly and time-consuming process.

However, Rolls-Royce has come up with a new idea to fix hard-to-reach places: the use of snake and insect-inspired robotics.

The engineering firm and automaker believes that robotics could pave the way for a revolution in engine maintenance, and as part of the IntelligentEngine project, the company has brought to life a pair of snakes which are flexible enough to travel through engines to carry out patch repairs to damaged thermal barrier coatings.

In partnership with the University of Nottingham and company Metallisation, Rolls-Royce says the robots act like an endoscope, slithering their way through the critical vehicle part to perform maintenance without causing any further damage.

At the Farnborough Airshow this week, Rolls-Royce also demonstrated miniature robots for plane maintenance which were inspired by insect swarms.

At roughly 10mm in diameter each, these "insects" would be placed in the center of an engine by way of one of the snake robots.

The insects carry tiny cameras which provide a visual feed in real-time to operators. Once in place, the swarm would then carry out a "visual inspection" of the engine's innards.

This valuable look inside a plane's engine could remove the need to strip down an engine or remove it from an aircraft, which is a costly endeavor.

The insects could not only be used to improve the time and efficiency of inspections but could also pinpoint issues before they become critical and dangerous to pilots and passengers.

"This has the potential to offer significant benefits for customers by reducing the cost of engine maintenance, increasing the availability of an engine and ensuring any maintenance required is completed as quickly as possible," Rolls-Royce says.

Rolls-Royce also demonstrated other robotic designs called "Inspect" robots. These pencil-sized robots are permanently embedded within an engine and, much like an IoT network, gather data through sensors to continually monitor an engine's health.

In addition, engineers from Rolls-Royce and the University of Nottingham have created remote "boreblending" robots. These devices are intended to take some of the labor out of specialist repair jobs which currently require expert teams to travel across the country to take care of aircraft engines.

The robots can be remotely controlled by engineers. The automaker says that when complicated repairs need to take place -- such as repairing damaged compressor blades -- local teams can install the boreblending robots in the engine.

Specialists can then seize control of the robots and perform the repairs on the local team's behalf.

The robots designs are still in development, but they do offer a glimpse into how nature can be used to inspire next-generation robotics which could be valuable additions to future vehicle maintenance, whether engines be large or small.

TechRepublic: Cashier, clerk, or secretary? There's a 95+ percent chance you'll lose your job to a robot

"While some of these technologies such as the swarm robots are still a long way from becoming an everyday reality, others, such as the remote boreblending robot, are already being tested and will begin to be introduced over the next few years," said Dr. James Kell, Rolls-Royce On-Wing Technology Specialist. "We have a great network of partners who support our work in this field and it is clear that this is an area with the potential to revolutionize how we think about engine maintenance. "

Join Discussion for: Meet the robot snakes and bugs that will...