NEC's NeoFace facial recognition software will be used by Melbourne-based Cambridge Boxhill Language Assessments in a bid to ensure those sitting tests are those enrolled.
Written by Asha Barbaschow, Contributor on May 19, 2019 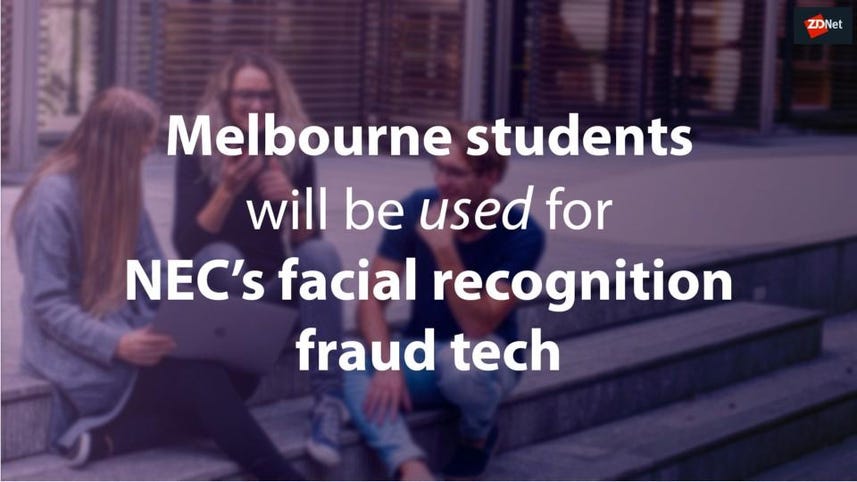 NEC Australia has announced the deployment of its NeoFace facial recognition software, which is aimed at identifying people committing examination fraud in educational institutions.

Melbourne firm Genix Ventures has already trialled NEC's NeoFace technology at an unnamed tertiary institution in Melbourne, and has built it into a solution for Melbourne-based Cambridge Boxhill Language Assessments (CBLA), a subsidiary of Cambridge Assessments.

The assessments arm of Cambridge University administers the Occupational English test (OET), which is an English language assessment for healthcare professionals wanting to register and practice in English-speaking environments such as Australia and the UK, NEC explained.

Genix Ventures is interested in determining that an enrolled student is actually the person sitting the exam, and not a substitute, with Genix Ventures CEO Steve Godinho saying that although rates of attempted impersonation vary, they could be as high as 2%.

He believes facial recognition is very useful to authenticate a student both at the start and at random intervals throughout the exam to minimise the possibility of students swapping places.

"From our point of view we want to guarantee that no matter where we operate, when someone applies for the OET test, the person who turns up on the test day and the person on the assessment certificate are one and the same person," CBLA CEO Sujata Stead added.

"This is essential for us to be able to assure regulatory authorities who accept OET that candidates' results are reliable."

NEC has previously rolled out a network of 400 cameras with facial recognition capabilities to Georgia, installed facial recognition software at Narita International Airport in Japan to allow passengers to clear customs with their face, and picked up a spate of contracts in Australia including with the South Australia Police, Northern Territory Police, and CrimTrac that see the company offer up biometric capabilities.

But the NEC BIS project encountered difficulties at an early stage and was subsequently terminated on June 15 last year.

Meanwhile, Victorian Education Minister James Merlino in February moved to block a federal government trial that saw surveillance cameras placed in classrooms to monitor if students were in attendance, calling it "Big Brother-like".

The now-completed trial took place in a few private schools in the state, and the funding was accounted for at a federal level. According to the Digital Rights Watch -- a charity aimed at educating on and upholding the digital rights of Australians -- the next phase of the trial was to roll out the program to state-run schools.

The initiative would involve the placement of cameras within classrooms that scan the faces of students and then compare the images against photos kept on file. Any instances of missing students would then be reported.