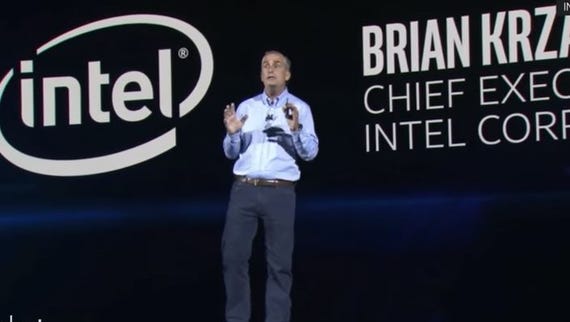 Intel has revealed that a glitch in its patch for the Meltdown and Spectre CPU attacks is causing problems on PCs and datacenter equipment.

Intel's firmware, which is delivered by hardware OEMs, is causing higher system reboots on systems with older Broadwell and Haswell CPUs.

"We have received reports from a few customers of higher system reboots after applying firmware updates. Specifically, these systems are running Intel Broadwell and Haswell CPUs for both client and datacenter," Nevin Shenoy, general manager of Intel's data centre group, said in a statement.

Intel posted the notice after The Wall Street Journal revealed Intel had quietly told some customers to defer installing its patches due bugs in them.

The company works directly with datacenter customers, whereas device makers and operating-system providers deliver its microcode updates to consumers.

Intel may provide a revised firmware update to OEMs, pending the results of its investigation of customer reports.

While the Meltdown attack largely only affects Intel chips, AMD revealed Thursday that its Ryzen and EPYC chips are affected by the two Spectre vulnerabilities.

It's developing "optional" microcode updates that will be delivered to customers and partners this week, with additional updates for older CPUs coming soon.

Microsoft said it had been provided incorrect documentation for some AMD chips for which it was developing patches.

AMD said it is working with Microsoft to resolve this issue, which affects Opteron, Athlon, and Turion X2 Ultra chips. Microsoft should resume distribution of the revised patches for AMD systems next week, according to AMD. Details can be found on Microsoft's support page for the AMD update.

AMD noted that its Radeon GPUs are not affected by Meltdown and Spectre since these architectures don't use speculative execution.

GPU maker Nvidia this week also released a patch for these CPU bugs, a move widely taken to mean its GPUs were also vulnerable.

However, as with AMD's GPUs, Nvidia's GPU hardware is immune to the attacks. Its patch provided mitigations to its GPU drivers for CPUs on various operating systems.

A good explanation of what Nvidia's update does has been posted on Twitter. Essentially, the update disables speculative execution in the driver to mitigate one of the Spectre CPU attacks.

At CES this week, Intel CEO Brian Krzanich vowed the chip maker would provide "transparent and timely communication" about its updates. Intel expects to have updates for 90 percent of its CPUs from the past five years by January 15 and the remainder to have updates by the end of January.