Full Bio
Posted in All About Microsoft on September 25, 2017 | Topic: Cloud 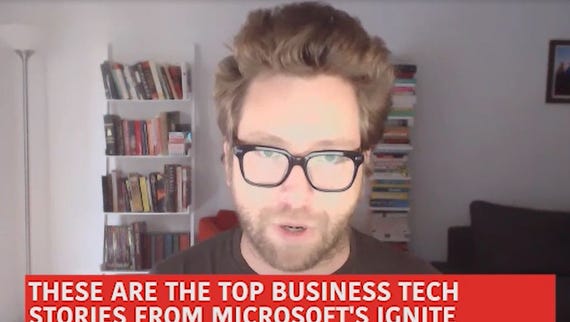 Microsoft introduced Microsoft 365 at its Inspire conference in July and began offering Enterprise and Business flavors of those bundles this Summer.

Microsoft 365 F1, which is for "firstline" customer service and support workers, includes Windows 10, Office 365 F1 (the plan formerly known as K1 for kiosk workers) and Enterprise Mobility + Security. Microsoft StaffHub, an app meant to help service workers manage their schedules, is part of the offering.

Microsoft officials also made reference to a "Microsoft 365 for NonProfits" version of the bundle that's coming, but it didn't provide specifics as to what's going to be included.

Microsoft and some of its OEM partners, including HP, Lenovo, and Fujitsu, are going to be making available low-end PCs running Windows 10 S under the "Microsoft 365-powered" moniker later this year. So now we know that Microsoft will offer different versions of Windows 10 besides Windows 10 Enterprise and Windows 10 Business as part of its Microsoft 365 bundles.

In a subtle but important shift, "Microsoft 365" also looks to be the new preferred way Microsoft officials are talking about features they are adding to Windows 10, Office 365 and Enterprise Mobility + Security. Instead of saying that Microsoft is introducing new personalized search for Office 365 or the ability for Excel to understand more data types, Microsoft execs are saying that these features are new additions to Microsoft 365.

At Ignite, Microsoft previewed some other new management features it will be adding to Windows 10, Intune and Office 365. Starting in January 2018, Lenovo and HP will begin offering customers Windows Autopilot. Windows Autopilot, which already is available for Microsoft Surface, allows users to set up new devices, preconfigured for customer deployment.

Microsoft also is adding a new co-management capability to System Center Configuration Manager and Intune, which is designed to make transitioning from on-premises to cloud-based management easier and more seamless.