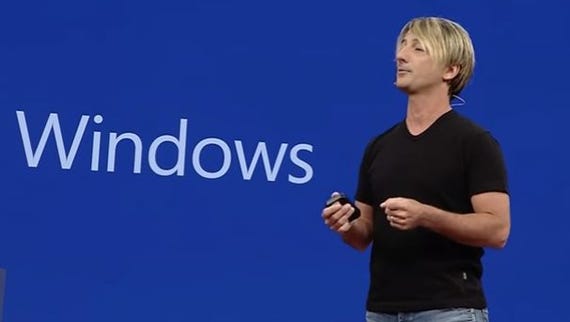 With the kick off of Microsoft's Build 2017 developer conference this week, I'm expecting to hear the phrase "on the edge" more than a few times.

"When everyone's talking about the cloud, the most interesting part is the edge of the cloud," Nadella said at the end of last month. "Whether it's IoT, whether it's the auto industry, whether it's what's happening in retail, essentially compute is going where the data gets generated, and increasingly data is getting generated at the volumes in which it's drawing compute to it, which is the edge."

Edge computing isn't meant as a replacement to cloud computing. Instead, it refers to making data-processing power available at the edge of a network, not just in a centralized cloud or data warehouse. Some use "fog computing" as a synonym for edge computing. Power, storage and data analytics tools -- things in which Microsoft has been investing heavily -- are all key to having a strong edge-computing story.

Fields where this concept already is prevalent include industrial IoT applications, manufacturing, retail and even ATMs, smartphones and VR/mixed reality peripherals. The idea is that some of the processing power and analytics can be done on or closer to the network endpoints, as opposed to having to send all the data back to the cloud to perform these tasks. Algorithms and/or models also can be created in the cloud and then pushed out to devices on the edge.

Nadella noted during Microsoft's Q3 fiscal 2017 earnings call that in IoT, Microsoft already has established the groundwork for an IoT edge.

"The edge compute, the ability to run a neural network at the edge, do inferences at the edge is exciting," he said.

One of Microsoft's Build 2017 sessions, entitled "Connected Intelligent Things with Windows IoT Core and Azure IoT," also mentions Microsoft's ability to provide data analytics and machine learning "in the cloud on the edge."

In that sessions, the presenters promise to show attendees how to do more on their IoT devices, such as running cloud and intelligence and the Microsoft Cognitive Toolkit on them, instead of only in the cloud.

Microsoft's recently introduced Azure Time Series Insights, its managed analytics, storage and visualization service for analyzing events could fit in here, as well. In addition to being an Azure Service, Time Series Insights also delivers application programming interfaces that allow companies to integrate its capabilities into their applications and workflows.

Microsoft may use these cloud edge concepts to emphasize the company's continued emphasis on the hybrid cloud and coming products like Azure Stack, its hybrid-computing appliance platform.

During the recent Microsoft earnings call, Nadella also cited SQL Server as another example of what Microsoft's doing with distributed/edge computing. Because SQL Server is both an on-premises and an Azure product/service, queries can work across both tiers, he told analysts.

Build 2017 runs May 10 to 12 in Seattle. Given Executive Vice President of Cloud & Enterprise Scott Guthrie is headlining the Day 1 keynote, I'm expecting things to get edgy on Wednesday this week.

Join Discussion for: Microsoft Build 2017 buzzword bingo: On the...