Microsoft's latest run-in with the Chinese government looks to have resulted in a $140m penalty pertaining to cross-border tax.

According to Reuters, China's official news bureau Xinhua reported that a company whose name begins with M and which established a wholly-owned foreign subsidiary in Beijing in 1995 has been fined over transfer pricing.

The company was ordered to pay the Chinese government 840m yuan ($137m) in back taxes and interest as well as over 100m yuan ($16m) in additional taxes a year in the future, Reuters said. 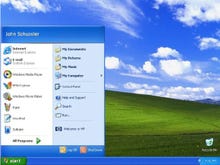 Did China ban Windows 8 from government PCs over XP's end of support? China has banned Windows 8 from being installed on new computers. Microsoft tells ZDNet it was surprised by the decision.

The Xinhua report cited by Reuters said the company M reported losses in China for more than six years whereas its peers had reported profits, leading to the conclusion by authorities that M's behaviour was unreasonable.

Microsoft has neither confirmed nor denied that it is the company referred to in the Xinhua article. However, according to the Financial Times, Microsoft denied it was paying back taxes and instead had agreed to the $140m as part of a "bilateral advanced pricing agreement".

ZDNet has asked Microsoft for comment and will update the story if it receives one. The company provided the following statement to the Financial Times, outlining an agreement struck in 2012:

"In 2012, the tax authorities of China and the US agreed to a bilateral advanced pricing agreement with regards to Microsoft's operations in China. The agreement is an acknowledgment by both countries that Microsoft's profits are subject to the appropriate tax in China," it said.

"While we cannot confirm that Microsoft is the company in question in a recent Xinhua report, China receives tax revenue from Microsoft consistent with the terms of the agreed advanced pricing agreement."

Microsoft's main challenges in China have transformed fairly dramatically over the past year. Where once piracy was its chief concern in China, Microsoft, along with other US tech firms, has faced claims in China that they threaten national security.

Earlier this year four of Microsoft's offices in China were raided by officials investigating anti-monopoly claims .

In May, the Chinese government banned Windows 8 from being installed on public sector PCs in what was reported at the time as a response to it ending support and security updates for Windows XP. Microsoft does offer extended support to enterprise customers, however at an additional price.

Read more on Microsoft and China