Windows 10 on Snapdragon is coming soon, with the always-connected PCs in the final stages of development and testing while Microsoft and Qualcomm enter discussions with carriers on sales channels.
Written by Corinne Reichert on Oct. 17, 2017 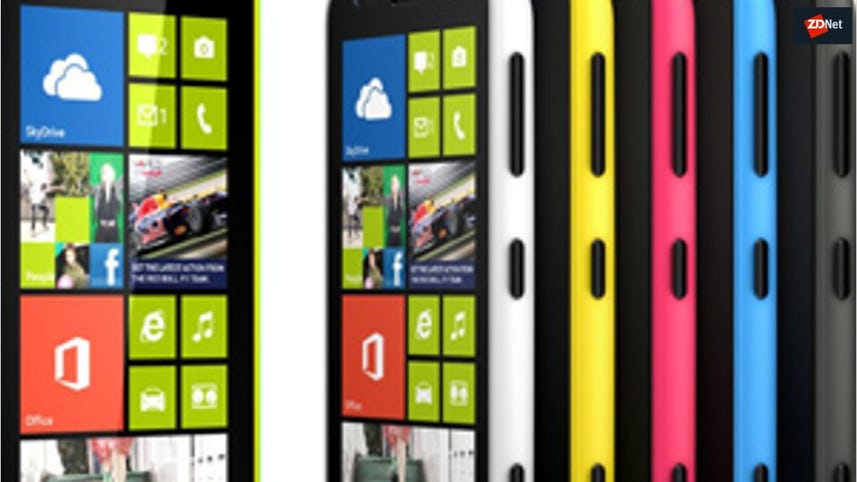 Microsoft has revealed that it is now in the latter stages of testing the mobile PCs being developed in partnership with Qualcomm, with the two companies already in discussions with mobile carriers as part of the "second half of the dev process" on how to sell and provision connectivity for the Windows 10 Snapdragon-powered PCs.

"The PC space and the phone space have been sort of in parallel universes for a couple of decades ... what two better companies to bring those worlds together than Microsoft and Qualcomm?" Pete Bernard, group program manager for Windows at Microsoft, said during the Qualcomm 4G/5G Summit in Hong Kong.

Windows 10 Fall Creators Update is here: Should you upgrade now?

"We've been working furiously in Redmond and with our partners in San Diego on this thing. We have hundreds of these devices now being used on a daily basis ... we're getting pretty far along in the development process."

Calling it an opportunity to make the "PC experience even more mobile" -- and in what Qualcomm executive VP Cristiano Amon called "one of the most exciting projects" for the chip giant besides 5G -- Bernard said the biggest challenge now is figuring out sales channels.

"We have been engaged with a lot of mobile operators ... talking about not only strategically where does this fit into the portfolio and opportunities it brings them, but tactically how do we get these things into the market and into people's hands," he explained.

"As we bring these two parallel universes together, doing that education in indirect channels is going to be quite a challenge for us as an ecosystem ... it's moving beyond the technology now into the execution in the marketplace," Bennett said during the summit.

Microsoft's vision to have the PCs always connected via the integration of an embedded SIM (eSIM) would enable simple activation of the device, Bernard said. However, as pointed out by Bennett, this requires a fundamental shift in operators' networks.

"eSIM is a fundamental change to the way that operators run their provisioning stacks, so it's actually been a three-year journey to get our stacks to a state where we can provision eSIMs over the air," Bennett explained.

With eSIM integration and always-on connectivity having made its way into the PCs, Qualcomm's efforts to ensure the always-connected PCs also have day-long battery charge are also succeeding, Bernard said.

"One of the funny anecdotes is we handed out these devices to all of our dev directors and leaders across the windows org, and we started getting all these bug reports back ... saying 'the battery meter's not working, it says I still have a full charge'," he said.

"It's really starting to resonate even amongst our own developers."

In terms of how expansive the Qualcomm-Windows PC suite will be, Bernard told ZDNet that there is room to grow in future, with OEMs showing a lot of interest in developing additional products.

"Over time, there's going to be a portfolio of devices from different companies. I think there's an opportunity with Qualcomm to have a range of form factors, price points, colour material finishes, and so forth," Bernard told ZDNet.

"We've had some great conversations with other OEMs too for future devices, and they're very excited about bringing their own spin to the technology. So our goal is to enable OEMs to build a range of different types of devices at different price points.

"I think over time we'll get there, but I think right now we've got these core partnerships we need to execute on and be successful with, and then that will kind of enable us to broaden the ecosystem."

Microsoft had announced back in December 2016 that Windows 10 would be coming to Qualcomm's ARM processors in a bid to bring PCs into the 21st century, with a focus on power efficiency, cellular connectivity, and eSIM technology.

At the time, Microsoft said it would "offer Windows 10 on Qualcomm to OEMs across a variety of categories, including 6-, 10-, and 14-inch categories".

In May, Qualcomm then announced that it would be working with OEMs Asus, Lenovo, and HP on building the range of mobile PCs powered by Snapdragon 835 platforms including the new X16 LTE modem.

Asus CEO Jerry Shen on Tuesday said his company is "passionate" about such innovation, saying that offering the Windows 10 Snapdragon PC would provide additional lines of revenue for carriers.

"As computing has become a true mobile experience, Qualcomm and Asus have been committed to perfecting the consumer mobile experience. Therefore, a connected mobile PC is the natural extension of our collaboration," the Asus chief executive said during the 4G/5G Summit keynote.

"We look forward to seeing operators offer more flexible upgrades in this category to deliver user experiences ... hyper-fast connectivity will strengthen customer loyalty as they bring more devices to connect to your networks."

Qualcomm said the timeline to PC availability is still looking to be one year on from the initial announcement.

Disclosure: Corinne Reichert travelled to Qualcomm 4G/5G Summit in Hong Kong as a guest of Qualcomm