Microsoft buys wind energy from GE and a license to supply energy to Ireland's grid.
Written by Liam Tung, Contributing Writer on Oct. 9, 2017 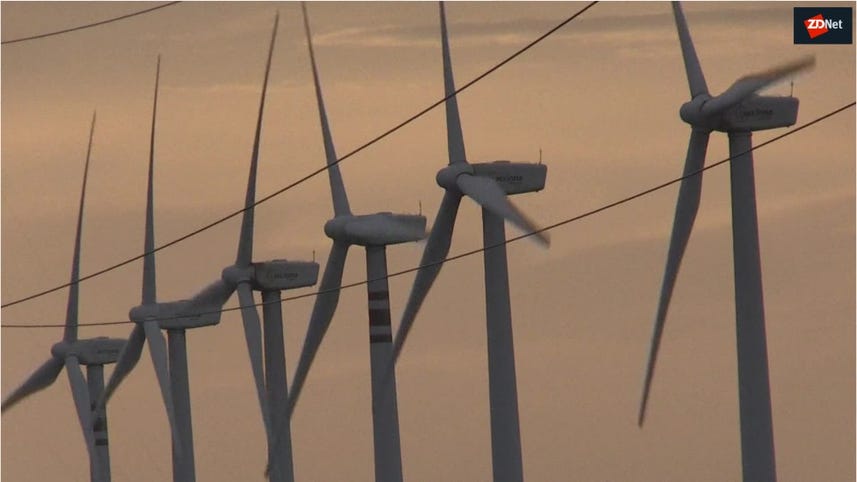 Microsoft has struck a deal with GE to buy all of the output from its new 37-megawatt wind farm in Ireland for the next 15 years.

Microsoft says GE's wind farm, which is located in the south west of Ireland in County Kerry, will support growing demand for its cloud computing services in the country.

The two companies will also investigate energy storage by analyzing data from batteries integrated in each of the turbines.

The pair plan to see how well the batteries can capture and store excess energy and then feed that back into the grid in order to smooth out peaks and troughs in wind energy production.

The deal is part of a so-called power purchase agreement (PPA) that allow companies like Microsoft to offset the huge amount of energy their data centers consume, often from less environmentally friendly sources, by pushing clean energy to the grid.

Irish energy provider EirGrid said in a report this year that growing energy demand in Ireland is "mainly" from new data centers that are already putting a heavy load on Dublin infrastructure.

Until it upgrades transmission equipment in Dublin, it said it may need generators to cope with demand in the short term. EirGrid expects data centers to account for 15 percent of total energy demand by 2026, up from less than two percent in 2015.

Microsoft has a huge data center at the Grange Castle Business Park in Clondalkin, just west of Dublin, that powers its North Europe Azure region and last year was given approval to build four more at the site, which is also home to a Google data center. Amazon and Apple are also planning huge data centers on the outskirts of Dublin.

EirGrid is planning to upgrade its electricity transmission system in the area, but the project won't be completed until 2019.

Under the new PPA, Microsoft has also acquired an Irish energy supply license from GE, which it says will allow it to more easily invest in renewable energy in Ireland over time.

"Our commitment will help bring new, clean energy to the Irish grid, and contains innovative elements that have the potential to grow the capacity, reliability and capability of the grid," said Christian Belady, general manager, datacenter strategy at Microsoft.

"This will make it easier to incorporate new clean power sources like wind energy, and that is good for the environment, for Ireland and for our company."

The idea behind the battery research is to enable wind farms to become intermittent clean power sources that can be added to the grid when needed.

Updated: An introduction to cloud computing from IaaS and PaaS to hybrid, public, and private cloud.

Whether your company is committed to the cloud, relies on a physical data center, or takes a hybrid approach, you need a systematic way to manage and maintain your servers.