Microsoft is phasing out support for a number of the Lumia-branded, camera-related apps for Windows Phone 8.1 devices.

Microsoft disclosed its plans on September 4. The reason for the planned phase out, according to a company blog post is to consolidate the functionality of many of these individual apps into the coming Windows 10 Camera and Photo apps. The affected apps include Lumia Storyteller, Lumia Beamer, Photobeamer, Lumia Refocus, Lumia Panorama and Video Uploader.

Starting today, September 4, none of these apps will be available any longer from the Windows Phone Store. Users who already have them installed on their Windows Phones won't see them removed from their devices.

After October 30, 2015, online services and updates for Storyteller, Beamer, Photobeamer and Refocus will end. Panorama and Video Uploader will continue to work for those who have them, but also will no longer receive updates or support after October 30.

"Our goal is to provide experiences that work really well on all Windows devices. In order to do that, we need to focus on making our Windows 10 core Photos and Camera apps great," Microsoft officials said, in explaining the just-announced changes. 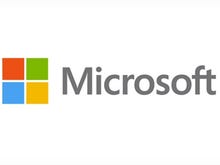 "Many of the Lumia features are already included in the Windows 10 Photos and Camera apps. While we can't promise that any particular feature is coming back, we're committed to providing a great photo and camera experience in Windows across devices, and we're listening to your feedback as we continue improving our apps," officials added in today's blog post.

Sources have told me that Windows 10 Mobile is in testing with a number of mobile operators at this time. My contacts have been saying Microsoft's goal is to RTM Windows 10 Mobile this fall and to release it around the time that the Windows 10 "Threshold 2" release is available.

Microsoft's goal for releasing Windows 10 Threshold has been some time in October, 2015, sources have said, though Winbeta's sources claim Threshold 2's release may have slipped to November. I don't know if that's the case, but it wouldn't surprise me.

Join Discussion for: Microsoft phasing out support for Lumia camera-related...