Samsung's latest Galaxy Books run on Windows 10 and feature designs that rhyme with Microsoft's Surface Pro. The field is getting crowded as HP, Dell, Lenovo, and others update Surface-like devices faster than Microsoft.
Written by Larry Dignan, Contributing Editor on April 19, 2017 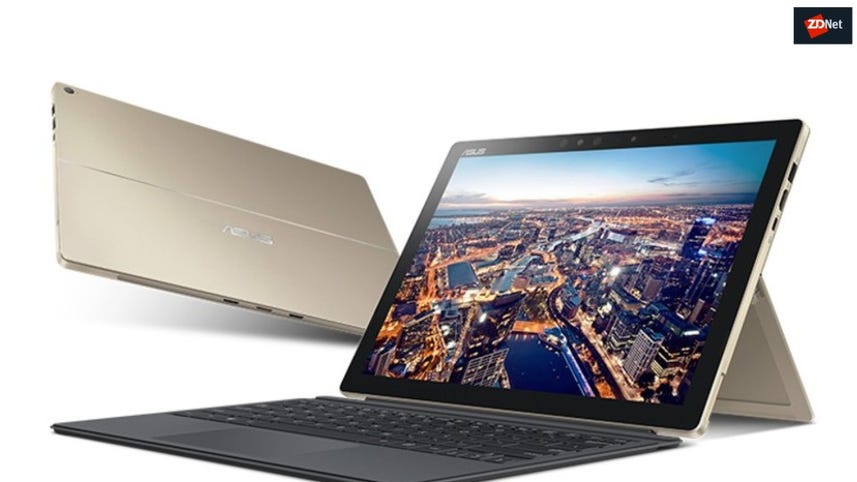 Samsung rolled out pre-order sales of its Galaxy Book 12 with Windows 10 Pro, a 2-in-1 device that rhymes with Microsoft's Surface Pro. The hybrid hits an increasingly familiar theme: The imitators are better choices than the original.

The Galaxy Book 12 comes with an S Pen and Keyboard Case and is designed for enterprise use. The price tag: $1,429, with pre-orders starting April 21. Shipments start May 23.

According to Samsung, there's demand for 2-in-1s in the enterprise and verticals such as finance, healthcare, and retail are natural markets. For Samsung, the Galaxy Book 12 is part of an enterprise continuum that may include the Galaxy S8 and its DeX virtual client.

The specs for the Galaxy Book 12 aren't that surprising -- Intel Core i5, plenty of memory options, and up to 11 hours of battery life. But the big takeaway from Samsung's Galaxy Book effort is that it's not hard to find Microsoft Surface-ish devices. Samsung also has a 10-inch Galaxy Book for $1,299 with LTE from Verizon Wireless.

In fact, ZDNet looked at Lenovo's MiiX 510, which is a mid-range device that can compete with the Surface Pro 4 in terms of design. CNET has aggregated Surface Pro alternatives that run Windows 10. Dell is in the Surface Pro replacement game too. For purposes of this discussion, we'll leave out non-Windows devices such as Apple's iPad Pro.

Is the Surface vulnerable? Perhaps.

Bottom line: The Surface is the flagship hardware brand for Microsoft, but it could be vulnerable.