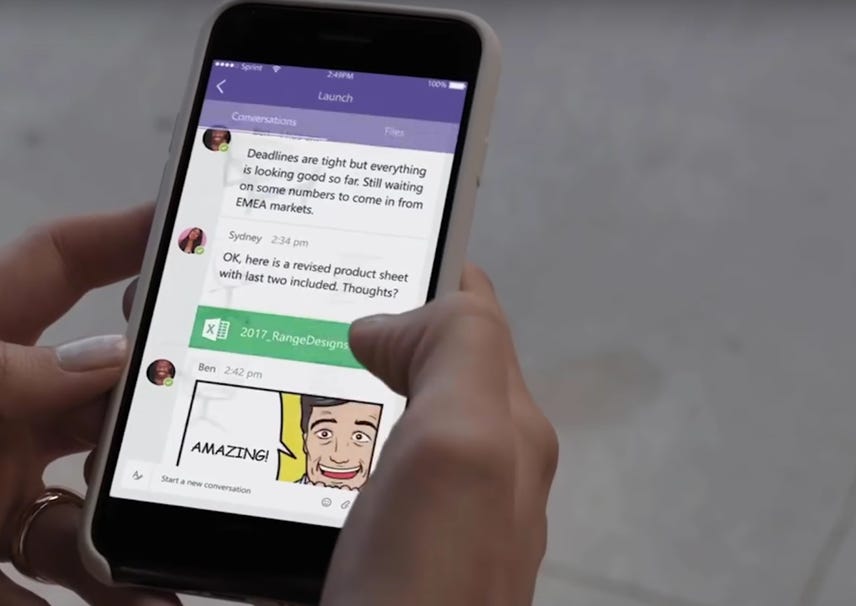 After a couple of delays, Microsoft is finally introducing full guest access support for its Microsoft Teams group-chat service.

Guest support is the ability to add someone outside one's own organization to a team.

Starting the week of March 5, Microsoft will begin rolling out the ability to add anyone with a business or consumer email address as a guest in Microsoft Teams. (This isn't just Outlook email; it also includes Outlook.com, Gmail.com, and more.)

Microsoft originally planned to add guest access to Teams by June 2017, but it missed its self-imposed goal. The company added partial guest support -- for anyone with an Azure Active Directory account -- in September. By late November, officials acknowledged that full guest support was proving more difficult to implement than expected and said full guest support for Teams was still "months" away.

Microsoft officials said full guest access should start showing up in users' Teams clients over the next two weeks.

Microsoft is making good on its commitment to enable some advanced telephony capabilities in its Teams group-chat service.