Microsoft Teams: Updated companion mode for iOS and more feature updates from the past month 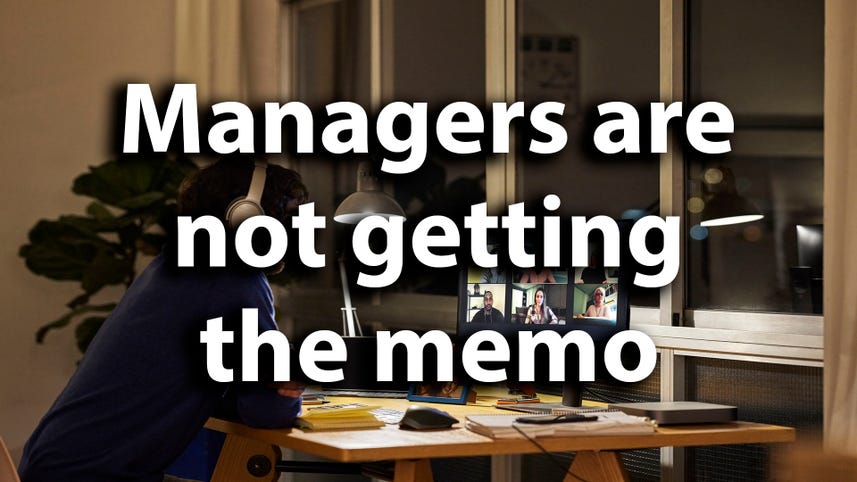 Microsoft Teams has become an essential business tool for millions of people and the past month has seen the rollout of a fresh bunch of new features.

The shift to Teams and video collaboration has a raft of implications that affect everything from your home network's performance through to the mobile devices and PCs we use – and how meeting etiquette has evolved. Microsoft has been working to evolve Teams as its average monthly user base grows, from 145 million a year ago to 270 million today.

In Febuary 2022, the company rolled out improvements to its Teams Companion Mode for iOS, which lets users tap a smartphone to engage with a Teams meeting while also using Teams on the desktop or Microsoft Teams Rooms.

SEE: Automation could make 12 million jobs redundant. Here's who's most at risk

With Companion Mode for iOS devices, folks can now reduce the size of the video on their own screen and hide their own video on others' screens. The new controls help make video more useable for day-to-day communications. It should help reduce distractions during calls.

To pin or hide a video, users need to click on the ellipsis icon in a video feed and select Pin for me or Hide for me, says Microsoft.

Microsoft Forms polls in Teams meetings also gains the Word Cloud Poll, which can be used to gather open-ended responses from attendees in a meeting and then have them aggregated in a word cloud. Presenters can tell if attendees are happy, excited or bored with the meeting.

The Teams app on Android got a notable update in February with split gallery views in a dual-screen meeting, the ability to spotlight several attendees simultaneously, new wallpapers and better admin controls. Uses can customize wallpapers in Teams on Android now.

Also, for those working from home using phones with bigger display TVs, users with Samsung and other Android phones can now plug in via HDMI to share content during and outside of a meeting if they've got a certified TV.

Users can plug in an external device via HDMI to Teams Room on Android and content will start sharing automatically. Users can stop sharing by pressing the "Share" icon on the call controls or home screen.

Microsoft this week offered advice for presenters on how to make the best use of Teams Large Meetings and Webinars. One of the most important tips from a network perspective was hard muting all attendees. Users also gained mute controls

There are also improvements for those who work with teams across different timezones. Now, local timezones are on the user's profile. Users can also pin chat messages to help stay relevant to the discussion.

On the sound front, there are also new unmute short cuts, such as Ctrl+Space keys for Windows or Option+Space keys on macOS. Meanwhile, music mode promises better audio when sharing live music, songs in Spotify, or medical signals from equipment used by physicians.

Visually, Teams now offers mirror video, catering to teachers who use a physical whiteboard and see their text in reverse. Users can also pin or hide their own video in a Teams meeting.

Black Friday deal: Get a 40-inch portable screen and projector for $199

Black Friday deal: Get a 40-inch portable screen and projector for $199